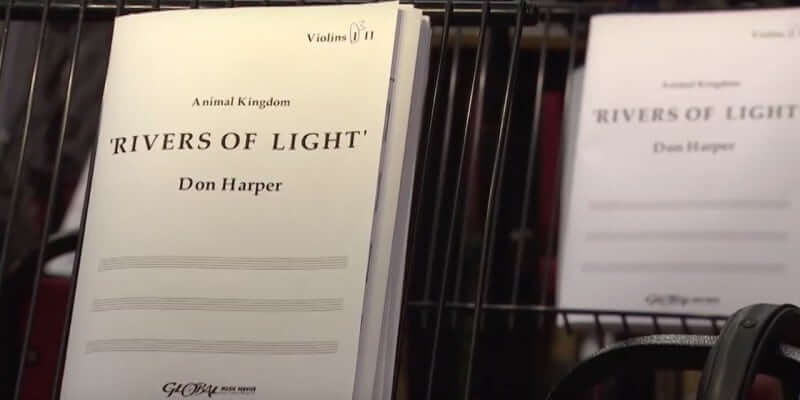 It’s an exciting week at Walt Disney World, as the long-awaited water show “Rivers of Light” is finally making its debut at Disney’s Animal Kingdom park.

In celebration of the premiere, the Disney Parks Blog has been releasing a series of behind-the-scenes videos focusing on different aspects of the “Rivers of Light” experience. Today the blog revealed a new video detailing the creating of the grand world-culture music for the presentation. In the featurette, composer Don Harper discusses what it was like bringing the score together at Abbey Road Studios in London.

The official premiere of “Rivers of Light” is scheduled for tonight at Disney’s Animal Kingdom.

Comments Off on VIDEO: Another “Rivers of Light” behind-the-scenes clip explores the show’s sweeping music at Walt Disney World