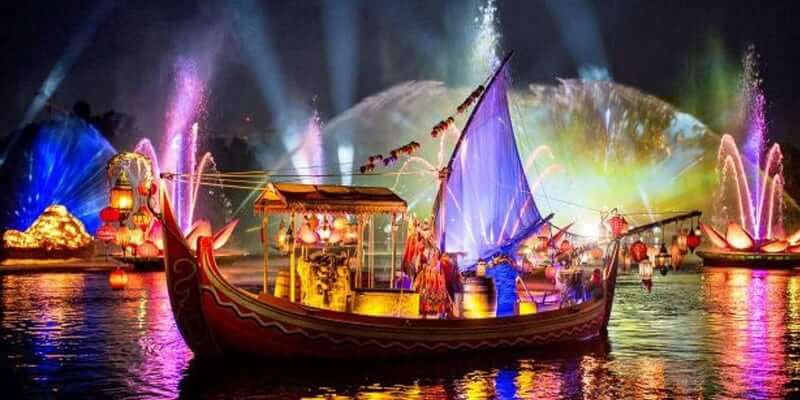 It was done quietly, but last Friday the long-awaited “Rivers of Light” show soft-opened to guests in the park. The show took place in the Discovery River  Amphitheater, located near the Expedition Everest attraction at Disney’s Animal Kingdom. It was a beautiful pageant of nature, water, fire, light, and shadow. Driven by a moving soundtrack, the show played to a full house and was well-received as a visually stunning display.

The show officially debuts in the park this Friday on February 17.