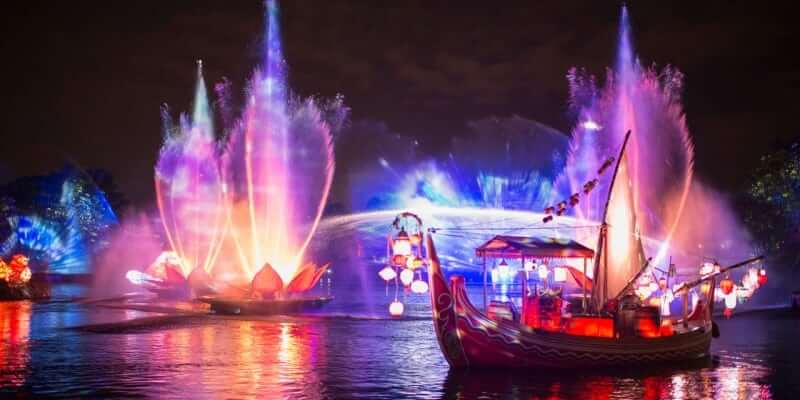 Just a couple nights ago, we reported that “Rivers of Light,” the long-awaited show for Disney’s Animal Kingdom, was previewed on the Discovery River Lagoon. Today we are reporting that Disney has now announced the official opening date for the show and dining packages are also available to book.

The presentation is a combination of live performance, floating sets, fountains, and music that tells a story of animals and nature, and February 17, 2017 has been marked for opening night. So far it appears that there will only be one showing each evening. The show also seems to only be showing on Tuesdays, Thursdays, Saturdays, and Sundays until April 8. From that point on, the water pageant becomes a daily event with multiple showings, according to the Walt Disney World Calendar (subject to change).

The attraction’s page on Disney’s official website designates that FastPass+ will be offered for the show and that dining packages are also an option for those interested.

The dining packages offer a choice of Tusker House or Tiffins for the meal portion with a wide range of pricing, depending on the location and time of booking.