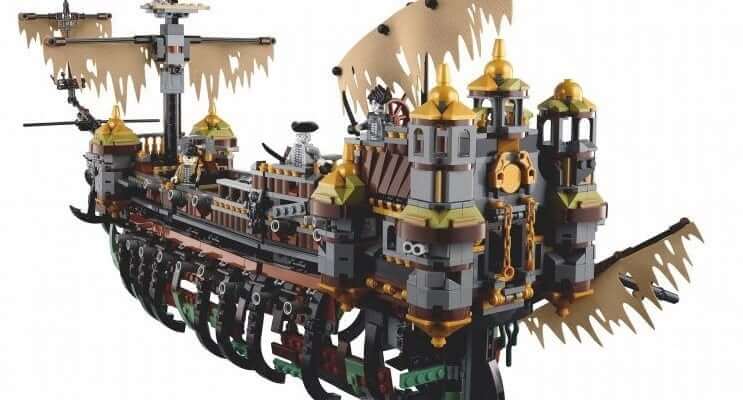 Some big Disney / Lego news coming out of this weekend’s Toy Fair in New York City: a giant new 2,300-piece pirate ship called the Silent Mary is coming this Spring, tied in with the upcoming release of the fifth movie “”“Pirates of the Caribbean: Dead Men Tell No Tales”. As you can see in the images below, the set comes with eight Lego minifigures including Captain Jack Sparrow, Henry, Carina, Lieutenant Lesaro, Captain Salazar, Officer Magda, Officer Santos and the Silent Mary Masthead. The Silent Mary set retails for $199.99 and will be released into stores and on Lego’s shop-at-home website on April 1st. “Pirates of the Caribbean: Dead Men Tell No Tales” will be released into theaters nationwide on Friday, May 26th.

Comments Off on Toy Fair 2017: New “Pirates of the Caribbean: Dead Men Tell No Tales” sets revealed by Lego