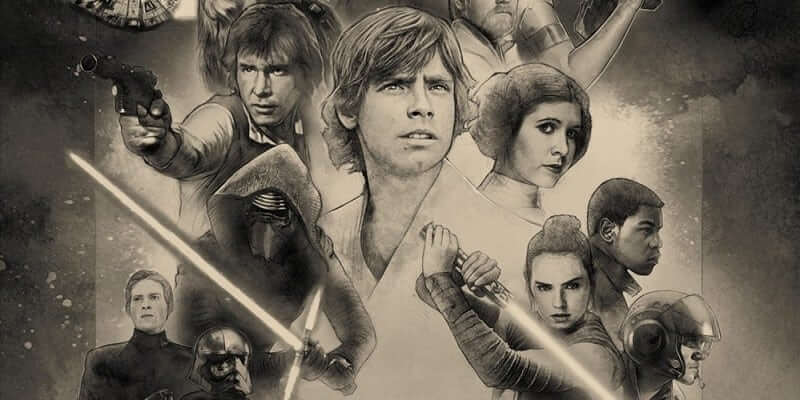 Star Wars Celebration 2017 is so close I can almost feel it through the Force. The official annual convention for Star Wars fans– to be held this year in Orlando, Florida– will take place from April 13th through the 16th at the Orange County Convention Center. And now we know what the topic of the very first panel that will kick off the weekend. Celebration host Warwick Davis will invite Lucafilm president Kathleen Kennedy (along with some of the series brightest stars) onstage to discuss Star Wars‘ 40th Anniversary, which happens to occur just about a month after this year’s Star Wars Celebration. The panel will be held during the first day of the show, on Thursday, April 13th.

The event’s official website also revealed the gorgeous new key art that will accompany such a prestigious occasion: The poster art includes characters from all three trilogies in the ongoing Star Wars saga, although notably absent is any direct reference to this past December’s “Rogue One: A Star Wars Story”.

Are you attending this year’s Star Wars Celebration? Inside the Magic will be there, and we’d like to know what you want to see covered! Please let us know in the comments below.