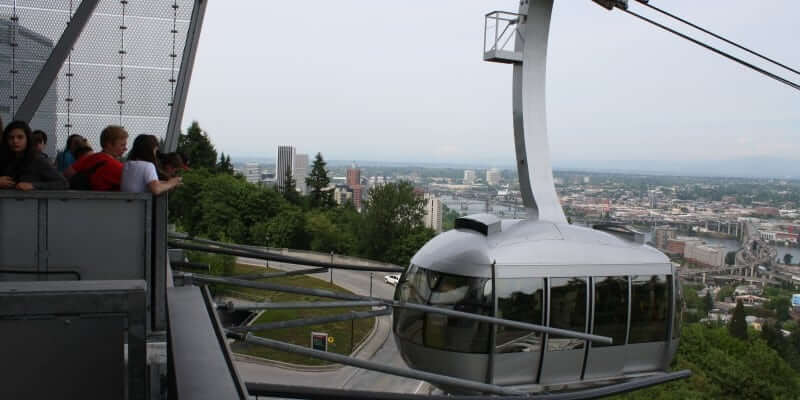 As surfaced by Internet sleuths on the unofficial Disney fan site WDWMagic, permits have been filed by Disney that may indicate a new type of in-house transportation system could be coming to Walt Disney World.

The permits show unfamiliar structures planned for areas near Disney’s Caribbean Beach Resort as well as Disney’s Hollywood Studios and EPCOT, in addition to an access road. If speculation is to be believed, these new structures and locations could comprise a new aerial transportation system for Disney property.

Fans have long called for an expansion of Walt Disney World’s famous “highway in the sky” – the monorail.

But the aerial transportation system that this rumor speaks of is not a monorail, instead of more in line with a modern-day Skyway, the cable system that used to transport guests in open “buckets” from Tomorrowland to Fantasyland in the Magic Kingdom.

This time, though, fans are hypothesizing that the vehicles will accommodate larger groups, be enclosed, and provide an air-conditioned ride between stops.

Imagine something like this soaring above Walt Disney World streets: This new type of transportation system is already being built across the nation in dozens of cities. Portland, OR, and New York City, NY have a transportation network like this that’s been in operation for a decade, and many other places like Branson, MO are creating massive systems of their own.

Disney has not released any sort of official statement.

Via The Disney Blog

Photo Credit: Gondola Project and Museum of the City