New Disney Pin Collections coming in 2017 - Inside the Magic 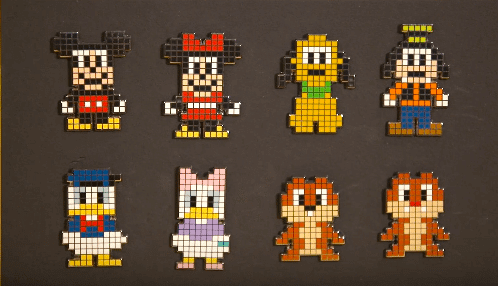 Disney’s merchandise department just doesn’t sleep, and here is more proof of that. Our favorite Disney merchandise guy, Steven Miller, gave us a look at what’s coming up in the world of pin trading.

As he mentions in the video, new collections will be released on a monthly basis in 2017. Take a look at some of these beauties! 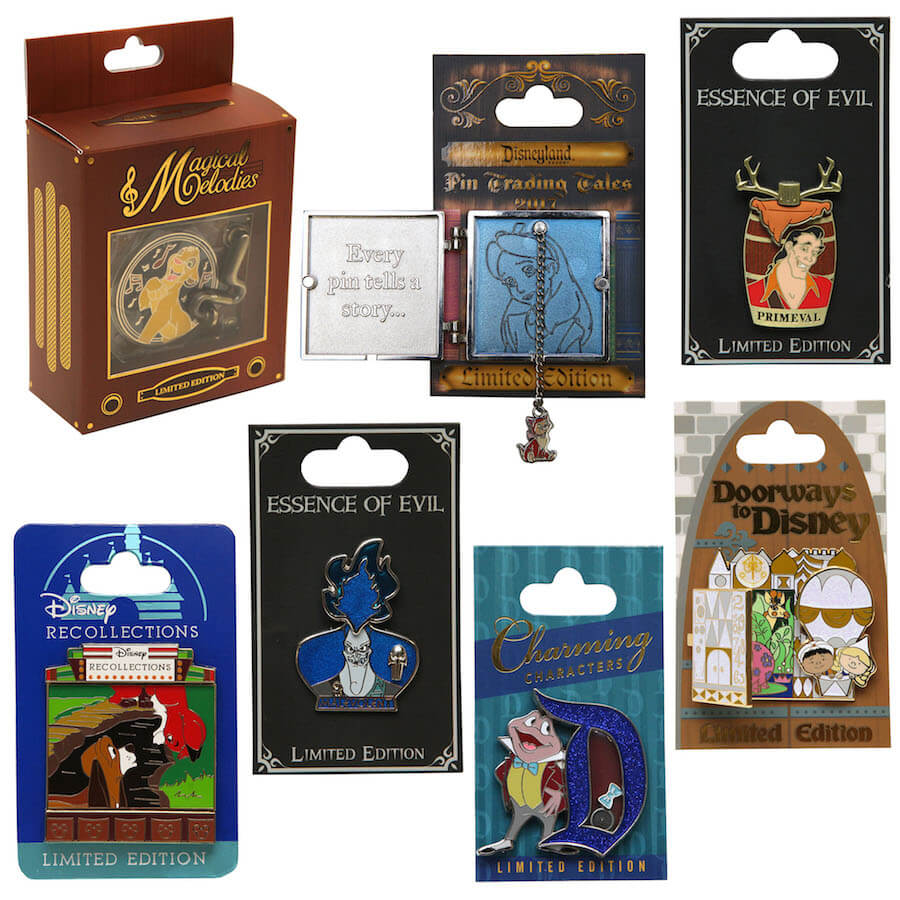 The 1,500 limited edition “Piece of Disney History” pins, though, will be resort specific, only releasing at Walt Disney World. Look for a Jungle Cruise 45th Anniversary collection on May 11, 2017.

“Pin Trading Tales,” a collection with an edition size of 2,000, will appear at Disneyland Resort alongside the Charming Characters (3,000 edition size). 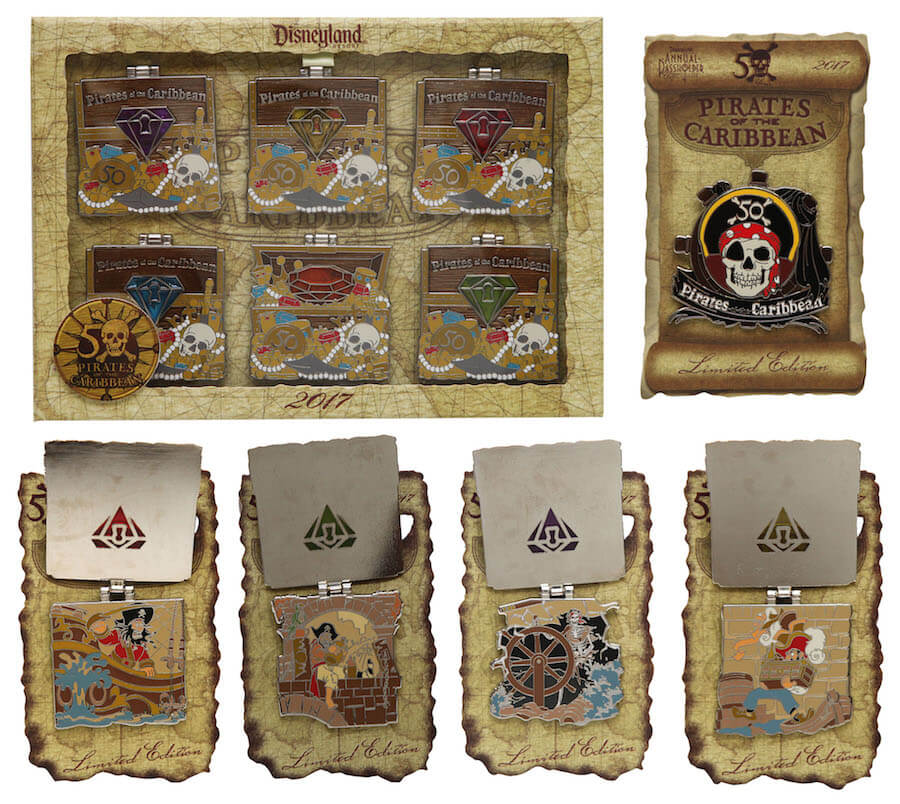 Mid-March brings a whole new set of swashbuckling fun to the world of pin trading. The Pirates of the Caribbean attraction hits its 50th Anniversary at Disneyland park, and the special pin collection is being released for the occasion. Annual Passholders have the chance to get a limited edition pin just for them (3,000 edition size). The other limited edition pins will can be bought as a boxed set that comes complete with a completer pin (500 edition size). However, for those who prefer to buy them individually, those pins have an edition size of 2,500.

Rounding it all out are the open edition Disney Emoji pin sets. These will be released in Disney Parks this summer. These pins are inspired by the “As Told By Disney Emoji” characters found in the popular video series and Disney Emji Blitz game. 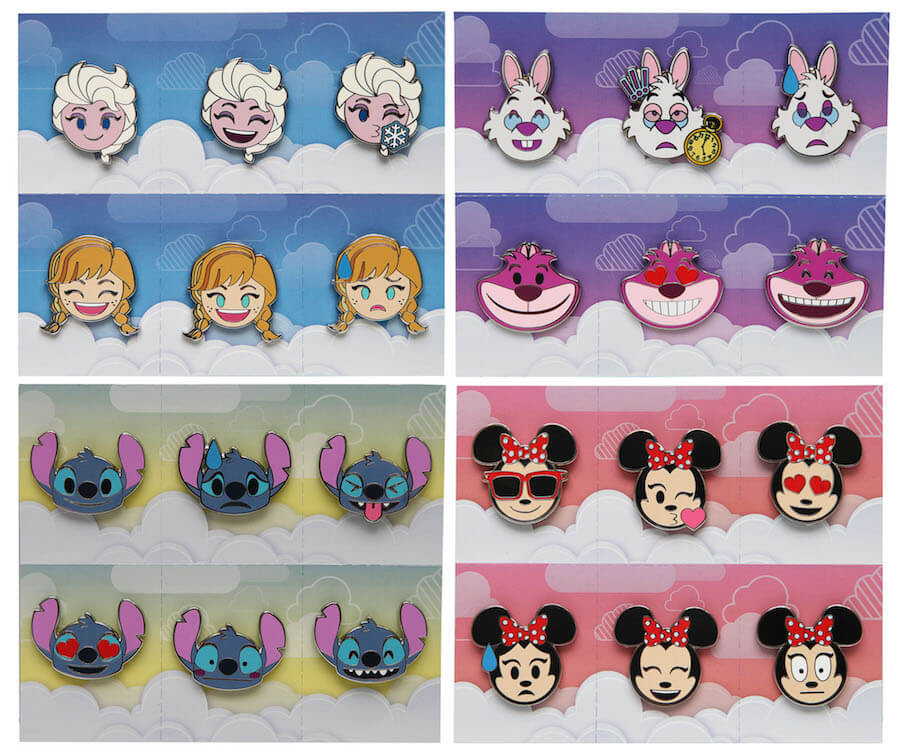 So cute! I must have the White Rabbit and Cheshire Cat! Which ones are you itching to get your hands on?

Comments Off on New Disney Pin Collections coming in 2017