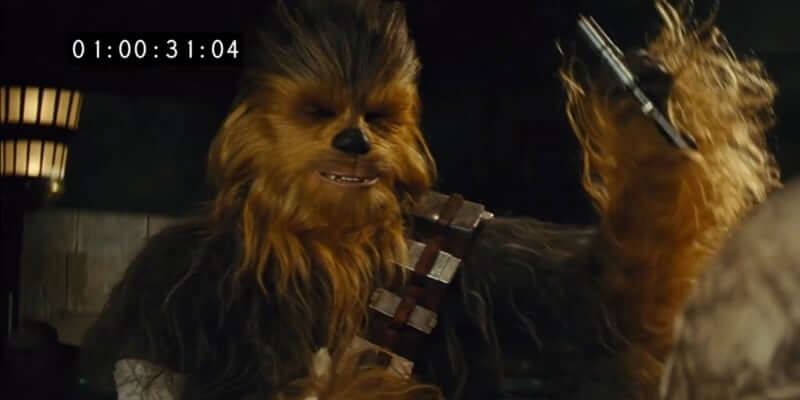 By now most fans are aware that Star Wars movies (heck, most movies) go through a lot of changes before they finally see a wide release. 2015’s “Star Wars: The Force Awakens”, directed by J.J. Abrams, was no exception.

Back in October, a deleted scene from the movie surfaced featuring Rey and Chewbacca’s confrontation with Unkar Plutt (Simon Pegg) in Maz Kanata’s castle on the planet Takodana, but at that point the scene was incomplete, cutting off before the dispute escalated into violence. This week the full scene finally found its way onto YouTube, and it gives us a glimpse of a much more terrifying side of the beloved Wookiee Chewbacca.

Plutt’s dismemberment would deliver on a promise from way back in the original “Star Wars” (Wookiees are known to do that), but it also feels a little over-the-top for “The Force Awakens”, a movie that was intended to win general audiences back into embracing Star Wars again, so it definitely makes sense that it was cut.

Stay tuned to Inside the Magic for anything and everything Star Wars!