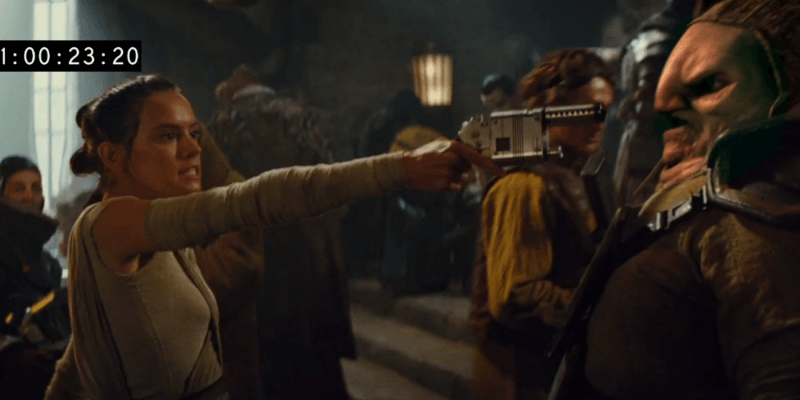 I guess you really should always let the Wookie win. In an early release deleted scene from Star Wars: The Force Awakens, it looks like an additional conflict was sparked in Maz Kanata’s bar. One featuring Rey, Chewbacca and — Unkar Plutt?

That’s right, it looks like the junk dealer made one last attempt at re-acquiring the Millennium Falcon and…well…it didn’t end so well. See for yourself:

One thing to note is that a very violent scene happens directly after the events of this clip. It draws a strong resemblance to Obi Wan’s conflict in the infamous A New Hope cantina scene. The additional events were uncovered within the context of the novelization of the film:

Grabbing the thrusting arm, a roaring Chewbacca twisted and ripped it off at the shoulder, throwing the dismembered limb clear across the room. Looking down at himself, Plutt let out a scream of agony…

Ouch! I guess that’s what happens when you don’t pick on someone your own size. Do you folks think that this scene should’ve been included in the original film? Let me know what you think in the comments below, and stick with Inside the Magic for all things Star Wars!