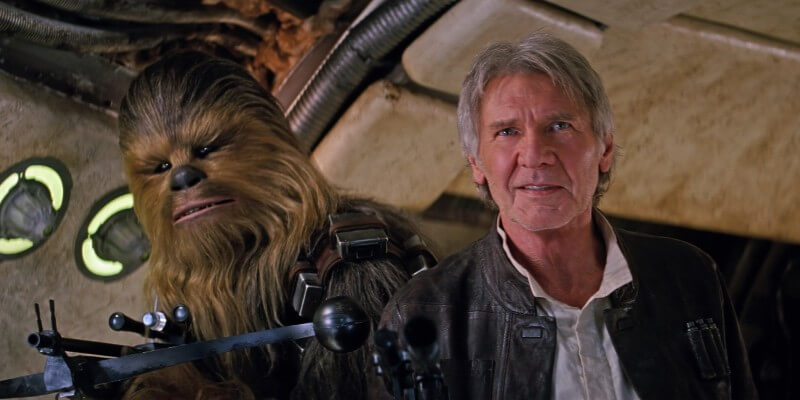 The Force, in all its grandiose duality and omnipresence, is a great metaphor for the human experience we call morality. The lesson that you can choose your own path in life – that you ultimately have control over your own actions and that the quicker, easier route is not always the most beneficial to the greater good – is an indispensable one.

In “Star Wars: The Force Awakens” the Force is back in a big way.

The new characters in this latest installment in the nearly four-decade-old beloved franchise certainly learn these same lessons.

“The Force Awakens” is the first tangible live-action fruit of Disney’s purchase of Lucasfilm several years ago and its impending release has been met with a great deal of fan speculation about its plot. Director and co-writer J.J. Abrams (fresh off rebooting “Star Trek”) is known for being tight-lipped about his projects, but the level of secrecy surrounding “The Force Awakens” has been unprecedented. Reporters have been specifically asked by Disney to leave story points out of their reviews, as to allow fans “to discover its surprises and plot twists in the cinema.”

I’m a pretty big “Star Wars” fan. I lived through the Special Editions and the prequels and I know what it is to feel joy and pain. So I will not incur upon you the pain of reading any spoilers!

“The Force Awakens” soars on the strength of its cast, leaving audiences loving the familiar faces while welcoming in the new stars.

The anchor of this movie by far is Han Solo. Harrison Ford, via the guidance of Mr. Abrams, has managed to recapture Han’s mixture of charm, confidence, and occasional straight-faced gravitas that made him my favorite character in the original trilogy, and easily helps him stand out here as the grounded center of “The Force Awakens.”

New recruits to the Light Side Rey, Finn, and Poe Dameron are all strong, likeable, individually-defined heroes, and each has their own unique appeal. Kylo Ren is a nifty bad guy, and his interplay with the heroes becomes exponentially more intriguing as the mystery around his background deepens.

“The Force Awakens” is also funny at all the right times. Abrams and co-screenwriter Lawrence Kasdan (of “The Empire Strikes Back,” “Return of the Jedi,” and “Raiders of the Lost Ark”) have managed to strike the delicate balance between seriousness and levity that the prequels got entirely wrong. In “The Force Awakens,” tension is relieved with solid sight-gags and appropriately-timed one-liners throughout, and even my screening audience made up of hardened, disenchanted Hollywood film critics (and comedy’s own Conan O’Brien) laughed at all the right moments.

The first act of this new movie is brisk, allowing the audience just enough time to get to know the new faces before the action begins to break out. And as far as action scenes go, I’m assuming you know this movie has a climactic lightsaber battle in it – because it’s a “Star Wars” movie. That battle is really great, and it has some truly thrilling moments that matter. It’s the lightsaber fight we’ve been waiting for.

By and large, this film looks and feels like a great “Star Wars” movie. The lived-in locales, the myriad bizarre background characters, the sterile domain of the Dark Side – it all seems familiar and new at the same time. “Star Wars” should be a universe that we would want to visit, even if we’d rather not live there, with elements of danger, adventure, and wonder lurking around every corner.

If “The Force Awakens” falters anywhere, it’s in its heavy-handed attempt to reclaim the spirit of the original trilogy, borrowing so much of the plot. The story devices in “The Force Awakens” are overly familiar. There’s one major narrative jumping-off point (and resolution) that is so overused in this series that it’s become a cliché, to the point where a character even makes a joke about how the same thing keeps happening. It’s a bit of overblown nostalgia.

Combined with one big space battle and one overlong tangential action sequence, the film does feel like it has a little too much padding.

Lastly, the CGI creatures of “The Force Awakens” don’t quite cut it as fully believable, often appearing obvious to be animated beings inserted into the real world. The CGI works wonders for ships, landscapes, and lightsabers, but among real sets and even a few real puppets, the audience is left longing for more of the practical side of the world.

That said, “The Force Awakens” adds a lot to the ongoing “Star Wars” mythology, bringing some big character reveals and filling in a huge story gap since the events of “Return of the Jedi.”

No one’s going to leave the theater disappointed this weekend, and those looking to be reminded of the original “Star Wars” after being bruised by the prequels, “The Force Awakens” delivers.