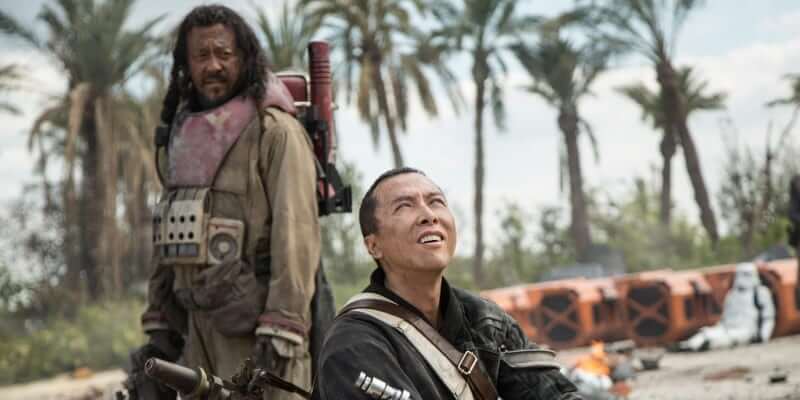 This is the one I’ve been waiting for. With this past Wednesday’s announcement that “Rogue One: A Star Wars Story” lead character Jyn Erso would be getting her own backstory tie-in novel, I started to get my hopes up again that we might eventually learn the histories of some of the other, more ancillary characters from the movie.

Well, as of this morning, my hopes are being realized. Today Disney Books and Lucasfilm Press revealed a simultaneous release in the series, entitled “Star Wars: Guardians of the Whills”. The young-adult novel will focus on the characters of Chirrut Imwe (played by Donnie Yen in “Rogue One”) and Baze Malbus (Jiang Wen), who I like to affectionately call the new Bert and Ernie of Star Wars.

The book is being written by acclaimed comic book writer and novelist Greg Rucka, who previously penned “Star Wars: Shattered Empire” for Marvel and the young-adult anthology companion piece to “The Force Awakens” entitled “Star Wars: Before the Awakening”. He has also famously contributed to plenty of DC Comics titles such as “Action Comics”, “Detective Comics”, and “Gotham Central”.

“Star Wars: Guardians of the Whills” is due for release on the same day as the Jyn Erso story “Rebel Rising”– Tuesday, May 2nd.