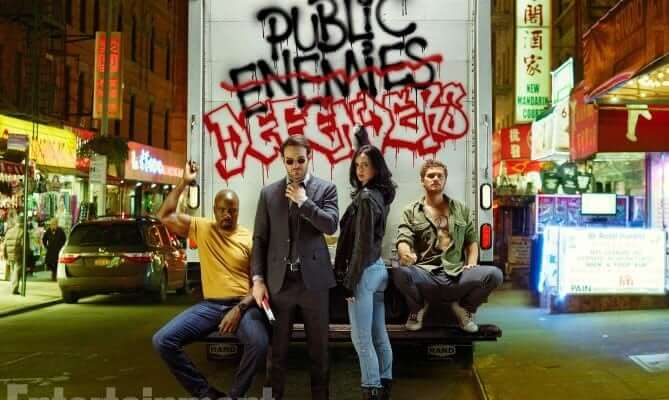 First there was “Daredevil”. Then “Jessica Jones”, “Luke Cage”, and up next is “Iron Fist”, which premieres in March. Then, sometime later this year, all four of Marvel’s Netflix-based superheroes will team up to battle evil in the highly-anticipated miniseries “The Defenders”.

Today pop-culture magazine Entertainment Weekly revealed an all-new series of photographs from the set of the upcoming collaboration between the eclectic vigilantes of Hell’s Kitchen. Below, get a glimpse of Matt Murdock and friends as they prepare to take on Sigourney Weaver’s villainous character Alexandra, among other baddies.

No specific date has been announced by Netflix for the premiere of “The Defenders”, but in all likelihood the show will debut sometime this fall. Check out some more photos from the Entertainment Weekly spread below, and be sure to grab a copy of the magazine when it hits newsstands tomorrow!