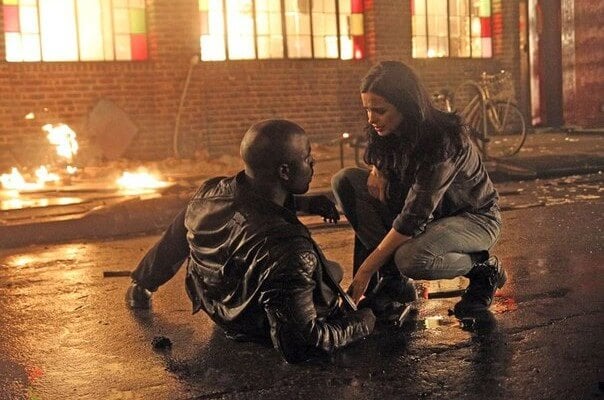 Marvel Studios and Netflix are teaming up for a third series when the first season of Luke Cage drops September 30. So with just a few days away from the release fans are getting a brand new trailer to whet their appetite.

The new trailer “Streets” not only spotlights the superhero Luke Cage, “a street-fighting ex-con battles crime on the streets of New York,” but also main villains Cottonmouth and Black Mariah. Also look out for cameos from rapper Method Man and even Stan Lee himself (at the 2:05 mark).

Comicbook.com has more on what to expect in the first season.

Mike Colter will star as Cage, an ex-convict who whose skin was made unbreakable by a science experiment. After his bar in Hell’s Kitchen was destroyed during the events of Marvel’s Jessica Jones Season 1, Cage is making his way into Harlem. He’ll try to make the neighborhood a safer place while steering clear of the police himself.

Marvel’s first two series for Netflix, Daredevil and Jessica Jones, have been a hit with both fans and critics and the studio is also currently working on the Iron Fist series.

Comments Off on VIDEO: New “Luke Cage” trailer released by Marvel and Netflix