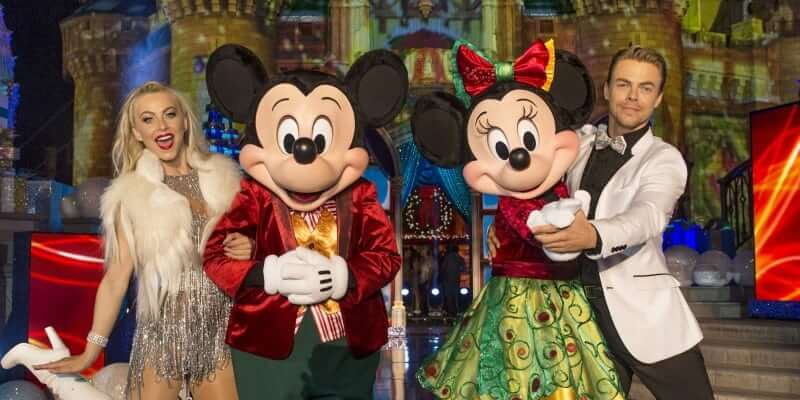 Disney Parks is wrapping up 2016 with their annual holiday special, The Magical Christmas Celebration. The seasonal staple is set to air as expected on December 25, 2016, on ABC at 10 am (EST). The ABC and Disney Channel apps will also be airing it as well. This year, the two-hour event is hosted by the trendy sibling duo from Dancing with the Stars, Julianne Hough and Derek Hough. It will all culminate with the fan-favorite Christmas parade, which will be delivered from the parade lines this year by Good Morning America’s Jesse Palmer.

Viewers will be treated this year to this incredible line-up of entertainers and show-stopping performances: Beyond that, the program is also set to pull on heartstrings with inspirational stories of family togetherness during the holiday season.

Stay updated on the Christmas Day telecast on social media, follow along with the #DisneyChristmasCelebration hashtag.