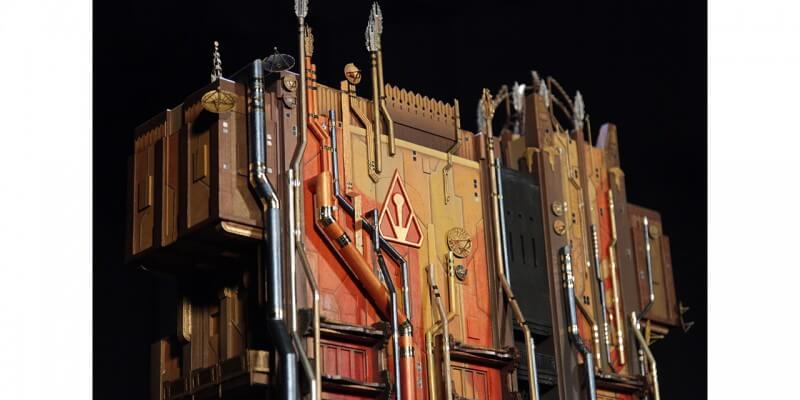 It’s still the subject of a lot of controversy among Disney theme park fans, but the transformation of Disney California Adventure’s Twilight Zone Tower of Terror to the new Guardians of the Galaxy – Mission: Breakout! attraction is already underway, with many features of the Hollywood Tower Hotel (including its famous sign) now missing from the ride’s facade.

Disney is getting a head start on the hotel’s conversion into the Collector’s Fortress from Marvel’s “Guardians of the Galaxy” series, and today the Disney Parks Blog offered a closer look at the scale model used to design the new futuristic look for the tallest building at Disneyland’s sister park.

Whether you’re happy about it or not, The Twilight Zone Tower of Terror  only has a few months left in operation, and it seems as though the exterior of the ride may be completely unrecognizable by the time January rolls around.