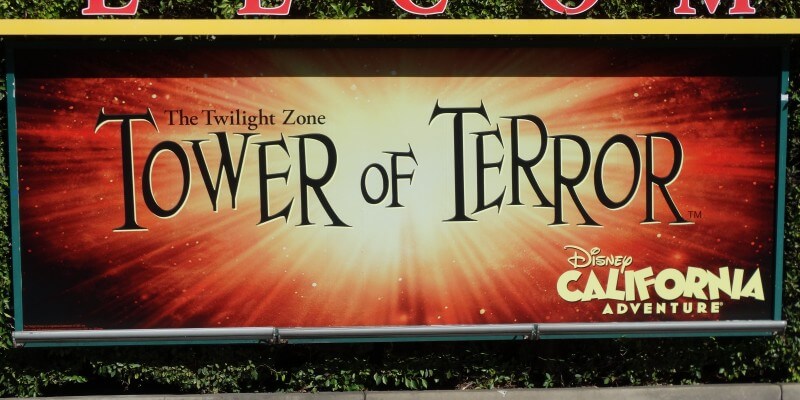 Change can be a difficult thing to accept. It’s hard to say goodbye to something you love, and when it comes to attractions at Disney theme parks, it’s sometimes hard to understand why the change is being made in the first place.

The stunning Twilight Zone Tower of Terror first opened in 1994 at the then-named Disney-MGM Studios in Walt Disney World. Ten years later, a somewhat watered-down version of the ride made its way to the still-in-its infancy Disney California Adventure in Anaheim, where it became one of the park’s most beloved attractions.

Now, as officially announced back in July at San Diego Comic-Con, California Adventure’s version of the Tower of Terror is being shuttered in favor of Guardians of the Galaxy: Mission Breakout, inspired by the recent hit Marvel movie directed by James Gunn. The Hollywood Tower Hotel will close its doors for the last time in January, but in the meantime Disney is adding some features that will help make the attraction’s final stretch in the park more memorable, for better or worse. First of all, guests arriving at the Disneyland Resort will notice a billboard marketing campaign informing attendees of the Tower’s imminent demise. It may seem crass to some that the company is willing to capitalize on the highly-protested removal of one of their favorite rides, but at least it’s nice to see that the Tower of Terror isn’t going to disappear without making some noise first. Also noticeable outside the hotel itself is a new photo op with an assortment of period-appropriate trunks and a luggage cart. Nothing too spectacular, but a nice way to create your own Tower of Terror memento.

The absolute best part of “Late-Check Out” comes when you enter the lobby of the Hollywood Tower Hotel. There, in front of the check-in desk, are the Silver Lake Sisters, a female singing group (and fictional owners of one of the restaurants on Buena Vista Street.) The ladies perform at pre-arranged times throughout the day, so be sure to ask a cast member when you can catch them. It’s a fantastic show that fits its setting perfectly.

The only problem here is that most guests will quickly make their way past the Silver Lake Sisters in a matter of minutes, missing most of the performance as they make their way through into the library section of the Tower of Terror’s pre-show. There isn’t room for too many people to slow down and take in the act, so what should be a welcome addition could feel like wasted effort unless the park figures out a way to allow for an audience in the lobby. The last, and perhaps most significant, change to the Tower of Terror for “Late Check-Out” is the opportunity to ride in “complete darkness” after sundown. “Complete darkness” is a bit of an exaggeration, however, as the ride is mostly the same as what you’re used to, with the exception of the visuals and some of the sound effects being turned off in the mirror and hallway scenes, and silence instead of machinery whirring during the actual drops. And yes, the doors still open at the top. The lack of optical references and audio cues make it difficult to predict when those drops will happen, and I will say that’s the one thing that makes “Late Check-Out” scarier than the standard Tower of Terror experience. Otherwise, however, it feels as though features of the ride have been taken away, rather than added. In the coming months, as we approach the January end date of the Tower of Terror, I have a feeling I’m going to want to have access to the attraction’s full effects, even (maybe especially?) after dark. It’s a sad time for Twilight Zone Tower of Terror fans in Southern California, but it’s at least a little reassuring to know that the original (and far superior, in my opinion) iteration of the ride is staying put at Disney’s Hollywood Studios in Orlando, Florida. And over the next four months, as the Tower of Terror’s time at Disney California Adventure winds down, we can make a point to use the remaining time to enjoy the attraction as much as we can, in new ways and in old.