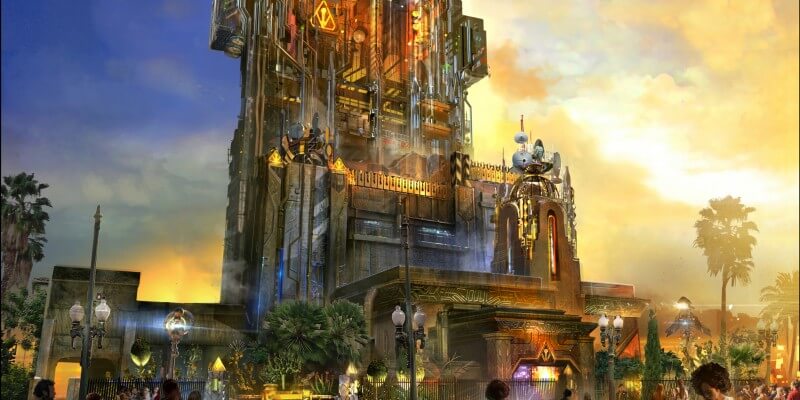 Marvel Studios president Kevin Feige has announced at San Diego Comic-Con that a Guardians of the Galaxy attraction will be coming to Disney California Adventure in the summer of 2017!

Confirming a rumor that has been gaining steam in recent months, Guardians of the Galaxy – Mission: BREAKOUT! is not only a reality but will also “anchor a broader universe of Super Heroes that will grow over time at Disney California Adventure park”, according to Disney Parks Blog.

The attraction will take over the The Twilight Zone Tower Of Terror, which is scheduled to close in early 2017.

The Disney Parks Blog has more info on what’s to come:

Deep inside his fortress-like collection, the mysterious Taneleer Tivan (aka The Collector) is displaying his newest acquisitions, the Guardians of the Galaxy. They are trapped in customized display cases, suspended over a vast abyss. Unbeknownst to their unscrupulous captor, the intrepid Rocket has escaped and is enlisting the Collector’s VIP guests for help. Guests board a gantry lift, which launches them into a chaotic and hilarious adventure as they join Rocket in an attempt to break his fellow Guardians out of captivity.

This exciting new presence will transform the structure currently housing The Twilight Zone Tower of Terror™ (scheduled to close in early 2017) into an epic new adventure, enhancing the breathtaking free fall sensation with all-new visual and audio effects to create a variety of ride experiences. Guests will experience multiple random, unique ride profiles in which the rise and fall of the gantry lift will rock to the beat of music inspired by the film’s popular soundtrack. Keep it here on ITM for more on this late breaking story! How do you feel about The Twilight Zone Tower of Terror going away? Are you excited to see Marvel making its presence felt at DCA? Let us know your thoughts in the comments below.