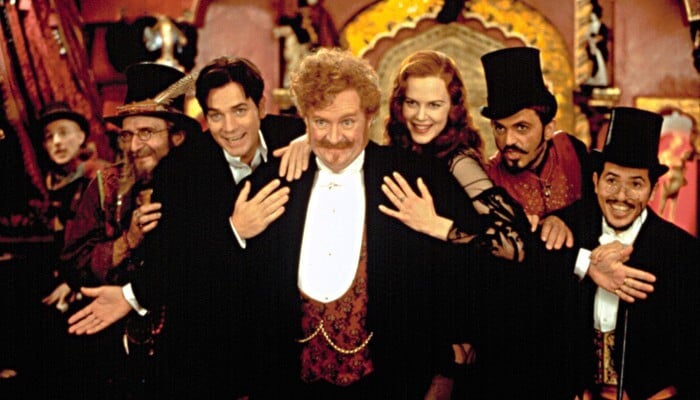 If you were a theatre kid in the ’00s, you couldn’t escape Baz Luhrmann’s wacky, in-your-face jukebox musical, Moulin Rouge.

The film boasted a star-studded cast featuring Nicole Kidman and Ewan McGregor, and original songs like “Come What May” still circle cultishly around the musical theatre universe. The show featured lavish costumes, amazing dance numbers, and a forbidden love story between a lonely artist and a woman of the night. Nobody expected it to be as huge as it actually was, which is why the recent announcement to turn the film into a full-on Broadway stage musical is a long-overdue and fantastic one!

Variety reports that Global Creatures is developing the show and has tapped “Skyfall” and “Gladiator” writer John Logan to craft the book and Alex Timbers, who previously oversaw “Peter and the Starcatcher” and “Bloody Bloody Andrew Jackson,” to direct the musical.

Luhrmann hailed the choice of Timbers and Logan in a statement, praising the director for his “creative spirit” and calling the writer “gifted.” “It’s immensely gratifying to know that a new wave of artists will be leading Moulin Rouge! into its rightful theatrical realm,” he said.

Related : “King Kong” musical to open on Broadway this Fall, from “Harry Potter and the Cursed Child” writer

So what do you think of Moulin Rouge finally getting the stage treatment it so rightly deserves? Shoot me your thoughts in the comments below, and stick with Inside the Magic for all things fun and awesome!