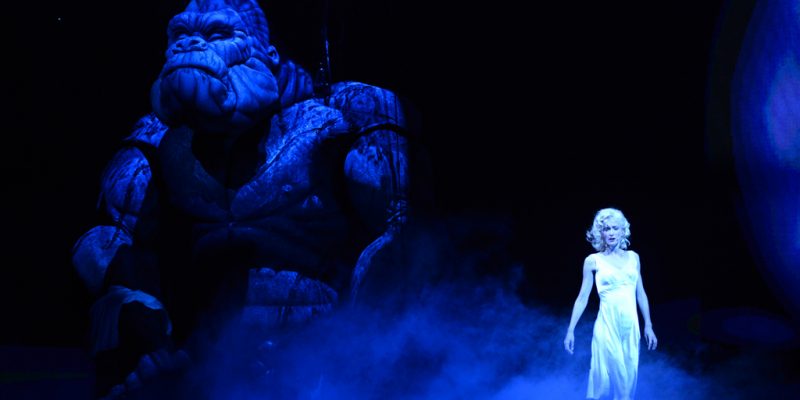 Set to open at the Broadway Theatre in Fall 2018, the show also now has a connection to Harry Potter. The book for “King Kong” is written by Jack Thorne, who recently won the Olivier Award for Best Play for penning Harry Potter and the Cursed Child.

Creature designer Sonny Tilders created the Broadway version of King Kong through a combination of puppetry and animatronics. The photos below are from a 2013 production of the show in Australia. The new production is a contemporary take on the novel of the 1933 screenplay by Merian C. Cooper and Edgar Wallace.

The score is composed by Marius de Vries, who contributed to the films Romeo + Juliet, Moulin Rouge, and La La Land. It’s directed and choreographed by Drew McOnie, who won an Olivier award for the London production of In the Heights.

Casting announcements and information on ticket prices are expected soon.

Comments Off on “King Kong” musical to open on Broadway this Fall, from “Harry Potter and the Cursed Child” writer