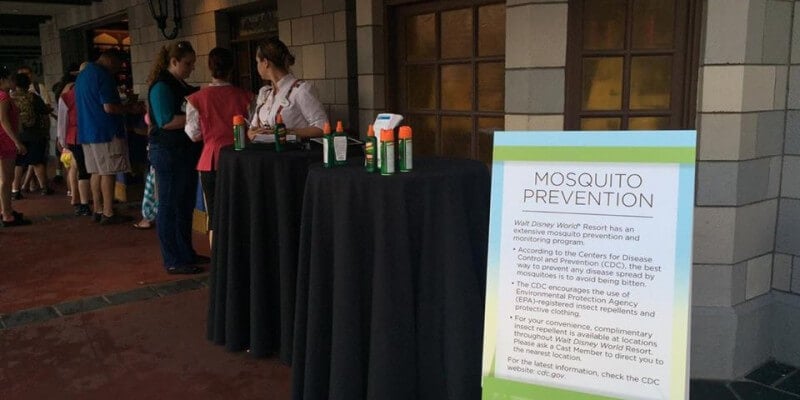 Amid guests’ fear over the mosquito-borne Zika virus, Central Florida theme parks such as Walt Disney World and Universal Orlando have now started distributing free mosquito repellent to visiting guests. The theme parks clearly hope that this will help fight the potential problem that Zika poses for the Central Florida tourism industry. So far there have been more than 40 locally transmitted cases in Florida according to the Orlando Sentinel.

Related: Banned from Disney World: Why you don’t see mosquitoes at the Most Magical Place on Earth

Disney Parks will have multiple locations throughout its parks where guests can pick up free insect repellent. During our visit to the Magic Kingdom this past Sunday, we spotted several locations set up with accompanying signs and pamphlets on how to avoid mosquito bites. Disney hotel rooms will also be furnished with aerosol bug spray. Guests visiting Universal Orlando this past weekend also spotted signs informing them that they can obtain insect repellent at guest services locations.

Prevention and information is definitely key in situations like this and it’s nice to see the local theme parks taking an active part.