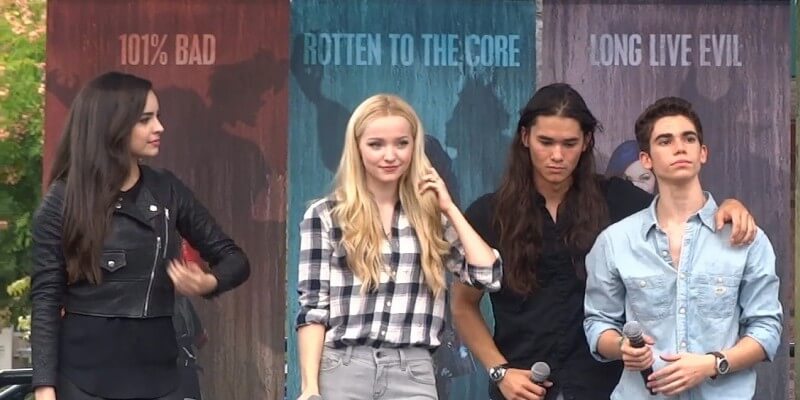 “Descendants” is the wildly-popular 2015 Disney Channel original movie about the teenage sons and daughters of Disney’s most infamous villains, and the upcoming sequel just added two new faces to its cast.

Back in October, I was fortunate enough in the audience for the “Descendants” fan event in the Downtown Disney District at Disneyland Resort, where the cast announced the in-progress development of “Descendants 2,” to wild applause from the crowd.

First, Thomas Doherty (of the upcoming Disney Channel series “The Lodge”) will join the “Descendants” family as Harry, the son of Captain Hook.

Next up, Dylan Playfair (“Some Assembly Required,” “Mr. Hockey”) will be making his “Descendants” debut as Gil, the son of Gaston.

With the rest of the main cast returning and two very interesting roles in store for the newcomers, “Descendants 2” is sure to be a must-see event for all “Descendants” fans!

“Descendants 2” is currently in pre-production and is scheduled to air on the Disney Channel sometime in 2017.