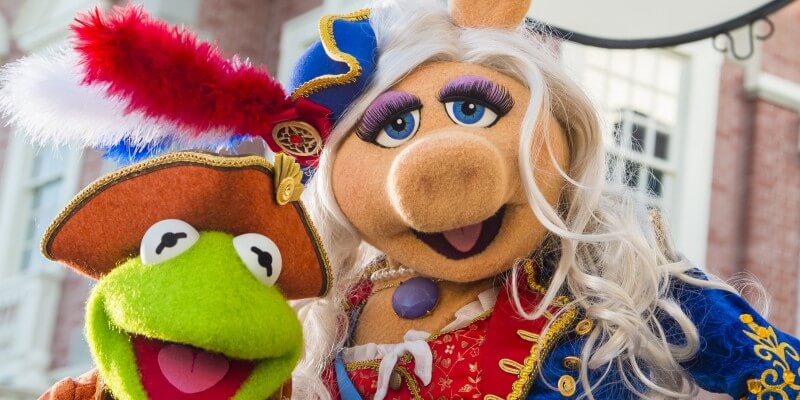 According to the Disney Parks Blog a new Muppets show is coming to Walt Disney World this fall!

The loveable stars will soon be arriving at Magic Kingdom where they will host an all-new live show outside of the Hall of Presidents attraction. “The Muppets Present… Great Moments in American History” will have Sam Eagle, Kermit, Miss Piggy, Fozzie Bear, The Great Gonzo and James Jefferson, town crier of Liberty Square, telling historical tales in a hysterical fashion. This will definitely be a unique take on the founding fathers and the birth of the United States of America. The show will also feature an original song. Look for the show to debut at Magic Kingdom in October 2016.