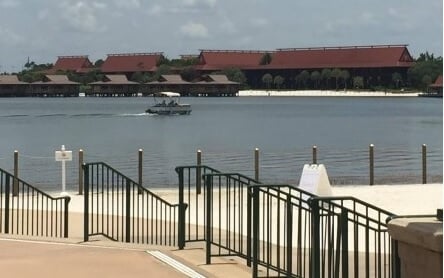 According to CNN the Walt Disney World Resort reopened its beaches to guests Thursday after having had them shut down after the tragic alligator attack that happened last week. 2 year old Lane Graves sadly lost his life after an alligator snatched him of the beach of the Grand Floridian Resort & Spa and the theme park resort have made sure to keep guests away from all their beach areas since.

Since the incident the Disney World Resort also have been busy putting up new fences and signs warning guests of the alligator population in its lakes.

After the boy’s death, the Florida Fish and Wildlife Conservation Commission began monitoring the waters and trapping gators in hopes of finding the culprit of the attack. As of Tuesday the commission has announced that it was no longer hunting alligators in the Seven Seas Lagoon saying that:

“The FWC is confident that the alligator responsible for the attack has been removed,” the commission said in a statement. “The conclusion took into account the proximity to the attack site of removed alligators and witness descriptions.”

The Walt Disney World Resort beaches will now be open one hour after sunrise and will close an hour before sunset.