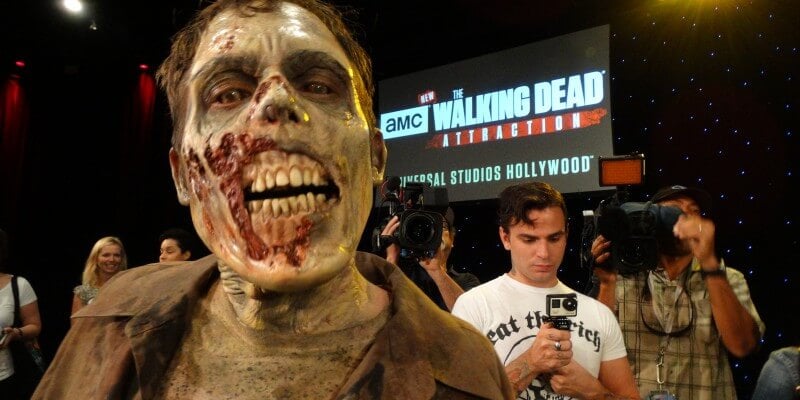 “The Walking Dead” is the most-watched series in cable television history, so it’s no wonder Universal Studios has continually jumped at the opportunity to include the franchise in its yearly Halloween Horror Nights events at both of their Hollywood and Florida locations.

Now Universal Studios Hollywood is bringing a permanent year-round “Walking Dead”-themed walk-through attraction to Southern California, scheduled to open next month, and the park’s long preparation for the attraction is finally nearing fruition.

This week the creative team behind The Walking Dead Attraction held a Walker Boot Camp event for media, where “The Walking Dead” executive producer Greg Nicotero and USH creative director John Murdy coached their newly-hired cast on how to be the perfect Walker, and how to get the best scares out of guests.

Murdy and Nicotero also participated in a half-hour Q&A session, discussing the inherent challenges in creating the attraction, the use of animatronic puppets, and their ultimate goals for the guest experience.