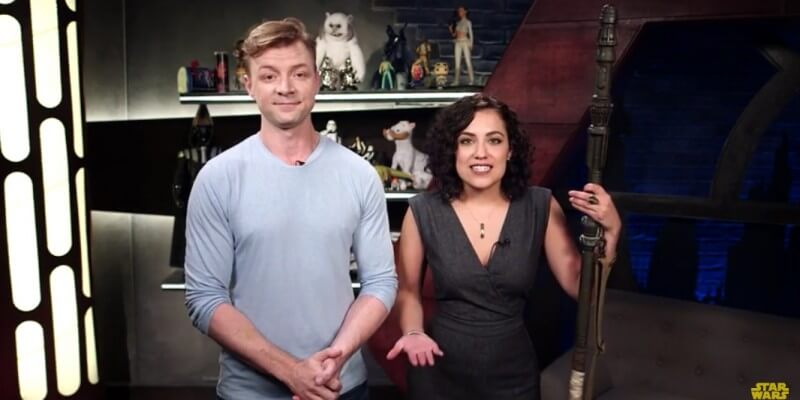 When the official weekly Star Wars news webseries “The Star Wars Show” launched last month, we knew we’d be getting a weekly dose of all things Star Wars straight from the authority at Lucasfilm. Since then we’ve seen a wide variety of content on the series, including interviews with celebrity Star Wars fans, a look at foreign Star Wars merchandise, and even a visit with Internet sensation “Chewbacca Mom” herself.

This week on “The Star Wars Show,” hosts Andi and Peter give us a look at some popular Star Wars-licensed tabletop games from Fantasy Flight, check out the screen-accurate prop replicas in the Ultimate Studio Edition of Star Wars Collectibles, and a chat with legendary visual effects artist Dennis Muren.

Muren was a pioneering member of Lucasfilm’s effects arm Industrial Light & Magic, and contributed dazzling work to everything from the original “Star Wars” trilogy, to “Terminator 2: Judgment Day,” to the “Jurassic Park” series.

It’s impossible to predict what treats await us in the upcoming, further installments of “Star Wars Show,” but it’s shaping up to be the perfect official source for any and all Star Wars news.