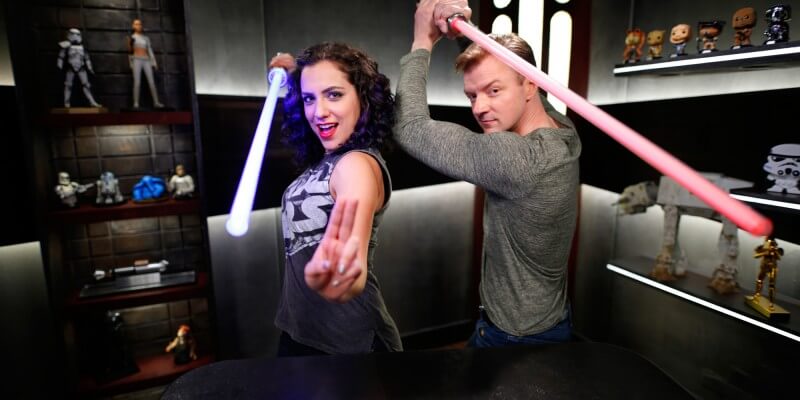 It’s been a growing trend for years now: ever since AMC launched “The Talking Dead” with host Chris Hardwick back in 2011, we’ve seen a slew of franchise-specific pop-culture talk shows popping up both on television and YouTube. Now Lucasfilm is getting in on the action with “Star Wars Show.”

According to today’s story in Variety:

“The Star Wars Show,” premiering Wednesday, is a weekly seven-minute recap of the latest news and events plus interviews with superfans and guest celebrities. The series, from Lucasfilm and Disney Consumer Products and Interactive Media, is hosted by Andi Gutierrez, StarWars.com’s digital communications manager, and actor-fanboy Peter Townley.

“There’s an abundance of Star Wars news and information right now and for the foreseeable future,” said Mickey Capoferri, senior director of content and programming at Lucasfilm. “‘The Star Wars Show’ will be the place for new and old fans to engage with every aspect of the franchise in fun and authentic ways.”

Episodes of “The Star Wars Show” will be available every Wednesday at 12 noon Pacific on the Star Wars YouTube channel, StarWars.com, the official Star Wars app for iOS and Android, and Star Wars social media channels including Facebook and Twitter.

Interestingly, the set for the show was apparently build in an old copy room at Lucasfilm’s offices in San Francisco. The show was originally scheduled for a surprise launch on Star Wars Day, May the 4th, but had to be postponed due to scheduling issues. Looks like we’ll now have a semi-permanent official weekly video source for “Star Wars” news big and small, which will work perfectly as we anticipate the build up to Rogue One, the still-untitled Episode VIII, and the opening of Disney Parks’ highly-anticipated Star Wars expansions.