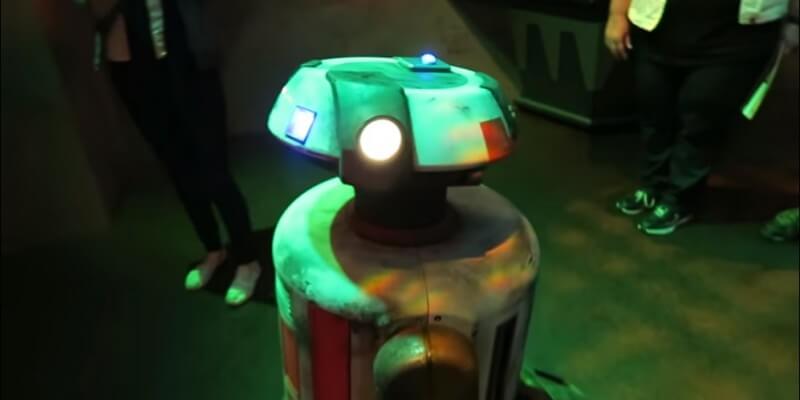 Since Star Wars Launch Bay opened in the fall, it hasn’t seen too many changes. The Darth Vader meet & greet was replaced by Kylo Ren, and occasionally Boba Fett will pop up in the building’s Cantina-themed area for photo ops with guests, but by and large the exhibit has remained mostly static since opening day in November.

Now another minor but exciting addition to Launch Bay has started popping up. Two separate YouTube vloggers have stumbled across a brand-new droid character roaming around the area and interacting with guests over the past couple weeks. Could this be a test of technology designed for use in the now-under-construction Star Wars expansion at Disneyland and Walt Disney World’s Hollywood Studios?

As of right now, the droid doesn’t appear to have any scheduled appearance times, instead apparently emerging at unpredictable intervals. As far as his name goes, some have referred to him as “Jake,” though it’s unclear where that information originated.

For now it’s just exciting to know that Disneyland is testing out some new Star Wars technology in the parks, and as always, we’ll be keeping our eyes open for more!