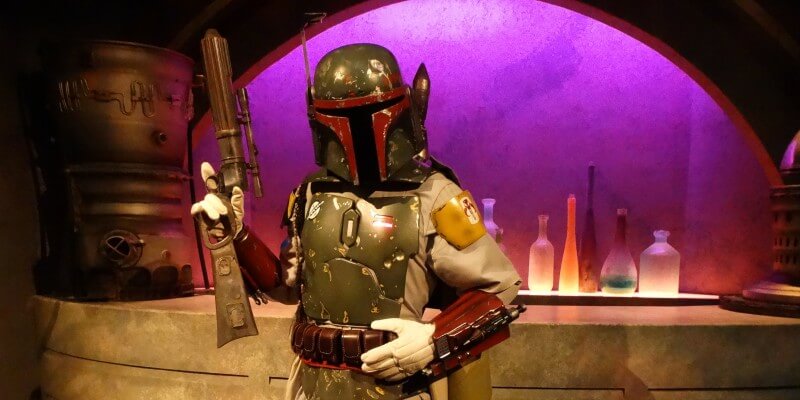 Star Wars Launch Bay has been open for three months now, and though the building once occupied by Walt Disney’s Carousel of Progress, America Sings, and InnoVentions has not seen too many drastic changes since its grand re-opening in November, we have gotten a couple new and different “Star Wars” meet-and-greets thrown into the mix.

Last month we first met with Kylo Ren, who replaced Darth Vader in the Dark Side meet-and-greet area, and in that same timespan the infamous bounty hunter known as Boba Fett has been making irregular and unannounced appearances in the Launch Bay’s Mos Eisley Cantina-themed room.

Fett is a menacing presence, and like his Sith counterparts he has a relatively large number of pre-recorded voice phrases he can use to better interact with guests. It’s a cool addition to an already-popular area of the park, and a great way to quench guests’ thirst for more “Star Wars” activities during the wait for the huge Star Wars expansion undergoing construction right now.