What Disney means to me on Mother's Day - Inside the Magic 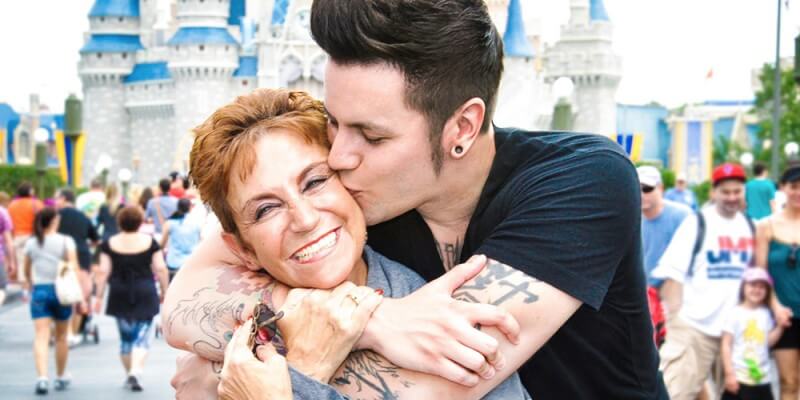 Hey readers, Adam here. This isn’t necessarily my usual article material, but I hope it’s taken for what it’s worth. Which, to me, is everything.

One of my most vivid memories as a child was running into the living room and handing my mom a box of tissues while she was on the phone crying with my father. They had recently been divorced. The next day, we would be at Disney. I remember going to school in Satellite Beach, Florida thinking it was just another day learning boring math problems, and then my mom would whisk me away in her Nissan Pathfinder, trying hard to hide the red around her eyes (she had clearly been crying). About an hour later, we would be at Disney.

There was always a level of escapism and trust that we could put in the hands of Walt Disney World. As annual pass holders, the streets and lands of the Magic Kingdom became familiar. Cinderella’s Castle, an old friend that would greet us whenever we walked down Main Street. We felt more at home there then we did sitting in our living room in front of the TV, pretending our lives (at the time) were not in shambles. Rae McCabe raised me as a single mother, and our reward for maintaining our family for one more day was an escape to the happiest place on earth. 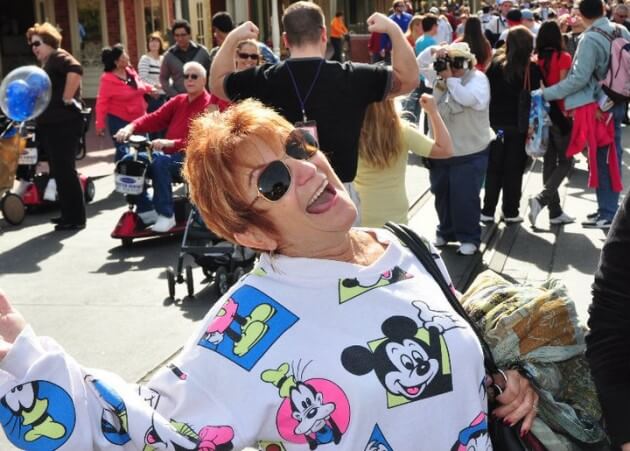 She would always make sure to kick my butt on Buzz Lightyear’s Space Ranger Spin, make stupid faces for the camera while we plummeted down Splash Mountain, and held each other close as nighttime fireworks exploded all around us under the stars. It was bliss, and Disney turned our relationship from “mother and son” to “best friends forever” over the course of my childhood. We would leave every day at the parks by turning around, waving goodbye to the magic, and screaming “See ya real soon!” 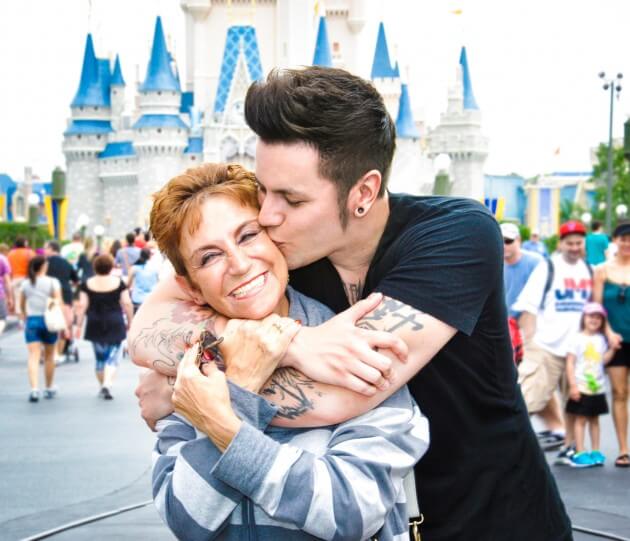 Everything changed in in 2001 when my mother was diagnosed with non-Hodgkin’s lymphoma. I spent the next twelve years trying to squeeze as much life out of my relationship with her as I possibly could. The thing is, life happens on life’s terms: I graduated college, moved up to New York City for a job, and eventually moved back down to Florida when her hospital visits became more frequent. Meanwhile, my mom was just so full of life that you wouldn’t even imagine she was sick at all. That is, until the last few years of her life when she started to waste away. Chemo took her hair, sapped her energy, and I eventually got “the call”. She only had about two or three months to live, and my nightmares of the last twelve years became manifest. The moment I hung up the phone, I knew there was only one thing I had to do.

We had to escape to Disney. I didn’t care how.

But this time, things were going to be different. Not because I was pushing her around the park in a wheelchair, but because I made sure something special was waiting for her when she got there. Out of the kindness and love of a dear friend who works at the Magic Kingdom, I put a plan into place. And that plan eventually lead to the greatest day of my life.

You see, towards the end of the day, I brought my mother to the barn at the front of Main Street. My mom, very familiar with my affinity for making a spectacle, shot me a look and said “What are you planning, McCabe?” She was eventually ushered inside the barn where a small army of our favorite Disney characters were all waiting for her. She instantly started crying, hoisted herself out of her wheelchair, and proceeded to hug every single one of them. 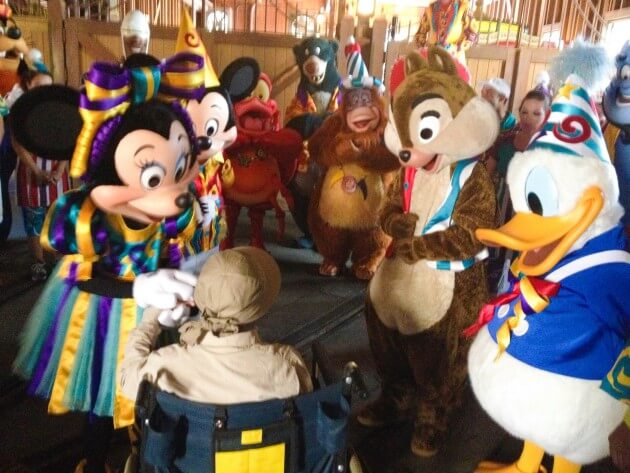 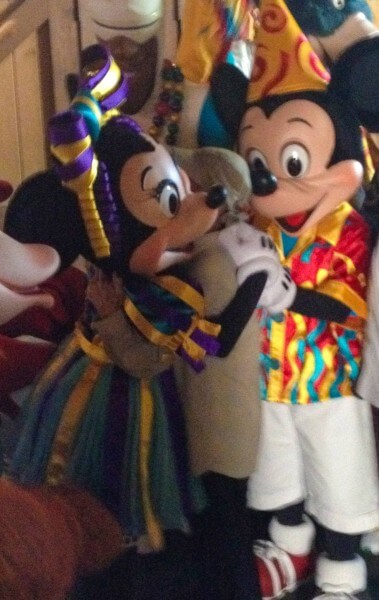 But that wasn’t the end of the Disney magic. The big cheese himself, Mickey Mouse, then stepped forward as she was attempting to ease herself back into her wheelchair, and handed her a small envelope. Inside was a letter — written and signed by the Mouse himself — containing one single sentence: 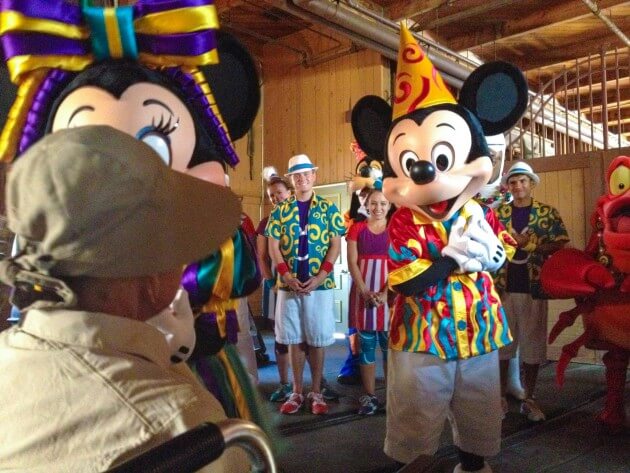 About a month later, my mother was taken to hospice care. I slept in a tiny bed next to her until I woke up one morning, the nurses extending their condolences and telling me that my best friend had passed away. It was Mother’s Day, of all days. To be honest, it just felt like something out of a movie, but I can’t deny that her wicked sense of humor was completely intact until the very end. She wouldn’t have had it any other way. 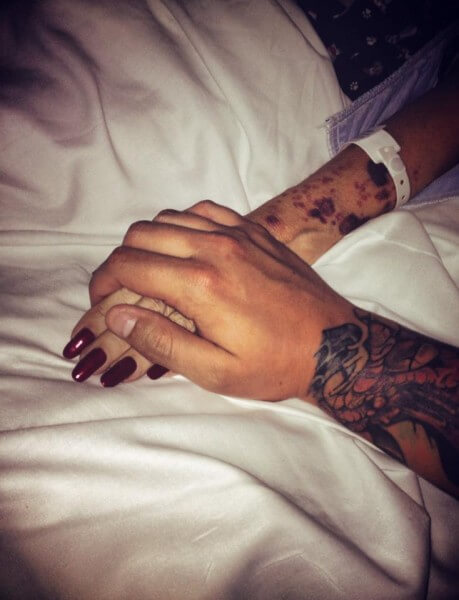 This Mother’s Day, let the main woman in your life (mom, for the record) know you love her. And not just love her, I mean LOVE her. If you’re a mom, be proud to have created life and hold your children tight. But if you’re a Disney mom, raising Disney kids, you’re something a little different. Your family is something a little different. Not better or worse, just…different. We’re a special breed, and it shows in everything we do, the choices we make, and where we may end up escaping to when real life becomes too much to face alone.

For me, Disney will always be there. Traditions may change, rides may close, and the parks may evolve, but the fact alone that it’s “Disney” will always keep me coming back. Maybe one day, with a family of my own. I will forever be grateful to the cast members at the Magic Kingdom for what they did on my mother’s last trip to the Walt Disney World Resort, and it’s that kind of experience that led me to my job at Inside the Magic. Every time I walk up to that huge castle, she’s there. Whenever I dance like an idiot while traversing the Haunted Mansion, she’s there. Whenever I look up and I’m surrounded by those beautiful sky-flowers during Wishes, she’s there.

Disney, to me, is my mother. 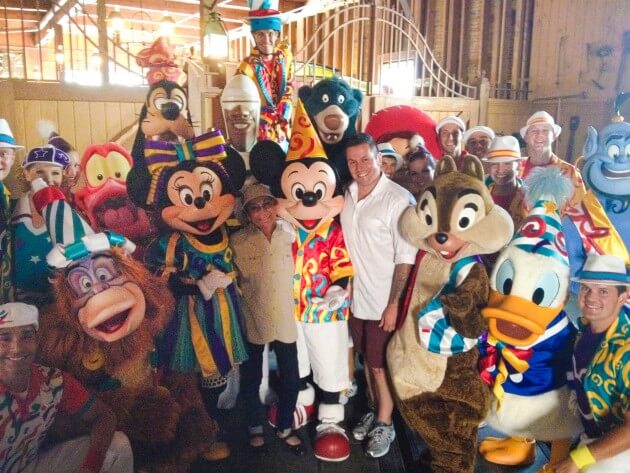 Thank you for reading, and if you have any great mom-oriented memories to share this Mother’s Day, I’d love to hear about them below — and I will read every single one of them. Happy Mother’s Day, everybody.