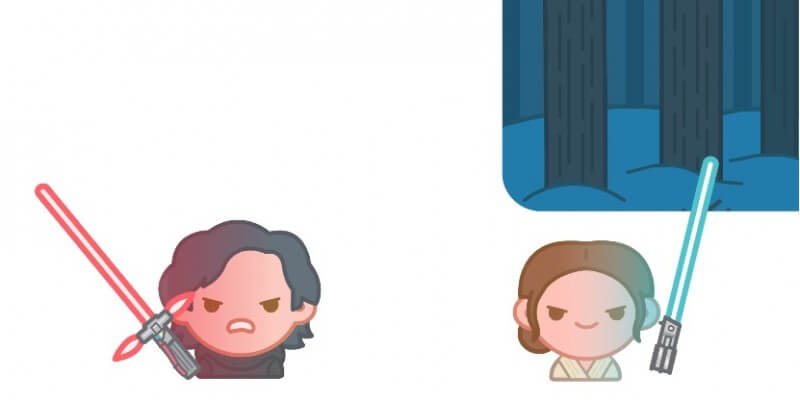 For some strange reason the concept of telling (or re-telling) stories with Emojis (those little expressive icons you can use in texts and tweets instead of actual words) has really caught on lately. There’s even a feature-length “Emoji” movie in the works from Sony.

Now Disney Interactive has continued their “As Told By Emoji” series with an installment based on “Star Wars: The Force Awakens.” And, I have to say, it’s surprisingly clever and actually made me (literally) laugh out loud a couple times.

The video’s only a few minutes long and it has enough genuine chuckles to be worth your time, even if the idea of Star Wars Emojis isn’t inherently hilarious to you. I particularly liked the “Chewber” joke. Enjoy!