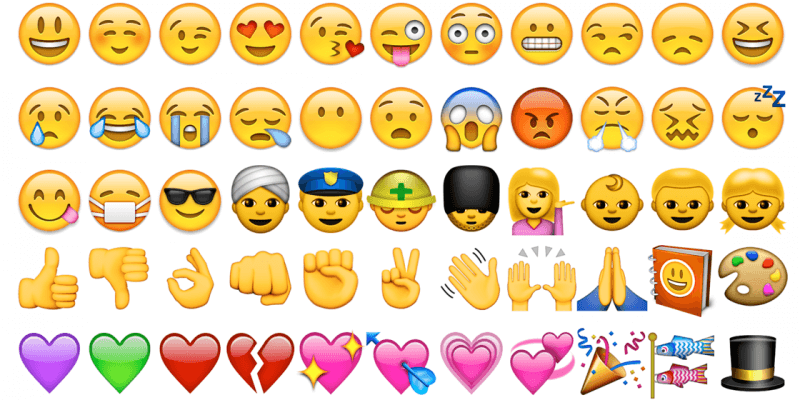 Hey folks, Adam here! So I learned today that anything can be made into a movie: Angry Birds, Battleship — and apparently, the Emojis on your phone.

That’s right, Sony has greenlit an actual full-length movie based on the little things you send your friends and family via text message. IGN reports that, during a presentation at CinemaCon in Las Vegas, Sony Pictures Animation president Kristine Belson revealed new details on the still-unnamed film.

Written by Eric Siegel (Men at Work) and Anthony Leondis (Lilo & Stitch 2), the emoji film will center on “industrious emoji” who live and work “inside your phone” in a secret world. Viewers will enter through the “text app” to discover the emojis’ home, Emoji Valley.

Alright, I’m good. Sources say that the emojis will enter the home screen (which they call “the world of the wallpaper”) in an attempt to find new, massive worlds inside each individual app. Apparently, super-popular music streaming app Spotify was announced as the first smartphone app to be revealed as a film tie-in. So…maybe a poop emoji will discover Norwegian disco or something. I can’t deal with this.

So what do you think? Is there room for an Emoji movie? Does this make you fear for the integrity of the human race? Let me know in the comments!