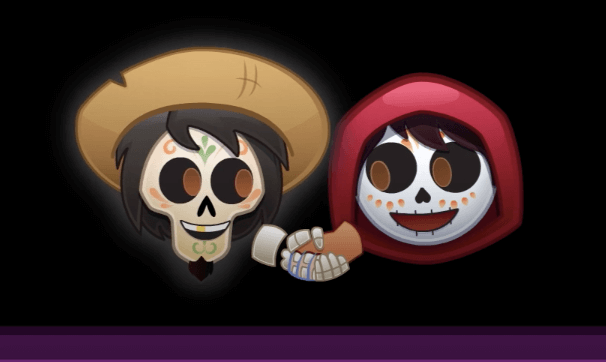 Disney’s “As Told By Emoji” series has turned some of their most popular films into compact stories with adorable little emoji characters.

The most recent addition to the series is Disney-Pixar’s 2017 film “Coco.” Follow emoji versions of Miguel and Hector as they journey through the Land of the Dead.

WATCH – COCO AS TOLD BY EMOJI:

“Coco” is available now on Digital and Movies anywhere and will be available on Blu-ray February 27.

Comments Off on VIDEO: Watch Pixar’s “Coco” a whole different way with colorful new installment of “As Told By Emoji”