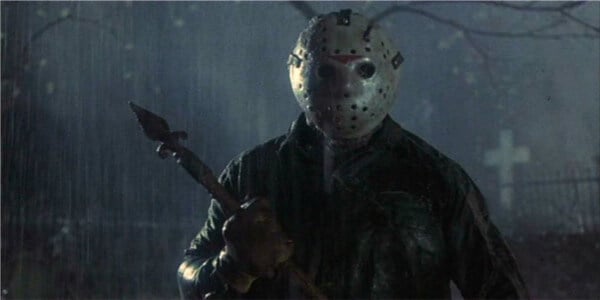 Paraskevidekatriaphobia is the official name for fear of Friday the 13th (the date, though we can probably toss in the film too).  Not to worry, there’s only one of them this year (there are three of them next year).  The origins of this superstition are tied to Christian events – Christ was crucified on a Friday and there were 13 dining at the last supper (via USA Today); it is also the date the Templar Knights were arrested, tortured and murdered at the order to the French king in October 1307 (timeanddate.com).

Alfred Hitchcock was born, appropriately, on Friday the 13th of August in 1899. Samuel Becket and Fidel Castro also birth dates that were on a Friday the 13th.

Disney even got in on the Friday the 13th festivities a few years ago with their Hollywood Studios park “Unleash the Villains” event (featuring 13 baddies who ‘took over’ the park).

It’s not the first time Mickey and his pals tackled the Friday the 13th theme.  In 1939, Disney released a Donald Duck cartoon on the topic “Donald’s Lucky Day”. Of course, the most widely known Friday the 13th “celebrity” is the horror movie of the same name.  Responsible for turning a hockey mask into an icon of terror, franchise spawned a dozen movies, several books/comics and even a TV series. (that which actually started Thursday night and runs until 2 am Saturday).  The full line up can be found here.

In honor of this day of misfortune, ITM has rounded up a few fiendishly fun finds for your enjoyment:

Friday the 13th  (board game – NOT related to the film franchise) – 3-6 players must try to avoid bad luck in the 30 minute card-centric game. For alumni of Camp Crystal Lake (and fans of the machete wielding Jason Vorhees): Jason Vorhees/Friday the 13th playing cards (52 different images) might just be what’s needed for a game of chance on this unluckiest of days. . . .and a Mystery Mini-Figure Jason as well And of course the classic “killer cut” of the original slasher film: . . .or you could just hide under the covers all day and wait until Saturday and watch the 1981 comedy Saturday the 14th. . .