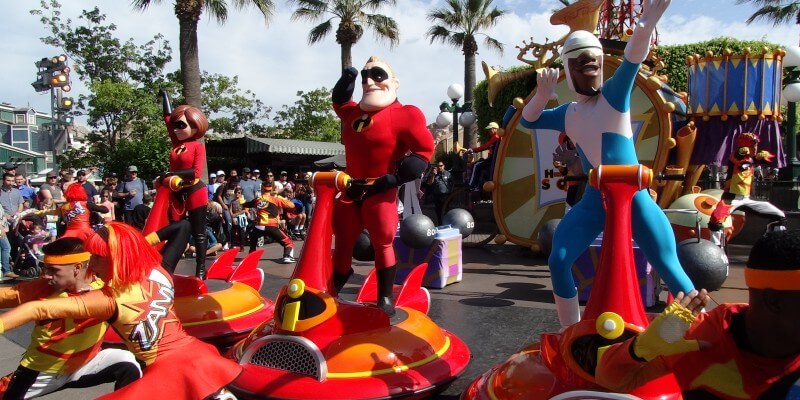 “The Incredibles H.I.T. Squad” is a relic from Disney California Adventure’s not-too-distant past (original performed in the park’s Hollywood Land area) that has been dug up again as a replacement for the now-dormant Pixar Play Parade, which has been temporarily shelved to make way for the current Food and Wine Festival.

“H.I.T.” stands for “Heroes in Training,” and the show enlists kids from the audience to help The Incredibles (Mr. Incredible, ElastiGirl, and Frozone) beat the bad guys by participating in a series of physical challenges, not unlike the Jedi Training Academy across the way at Disneyland.

“The Incredibles H.I.T. Squad” is performed twice a day along the Paradise Pier parade route. Be sure to check the daily showtimes and get a good spot early if your child want to be selected to participate!