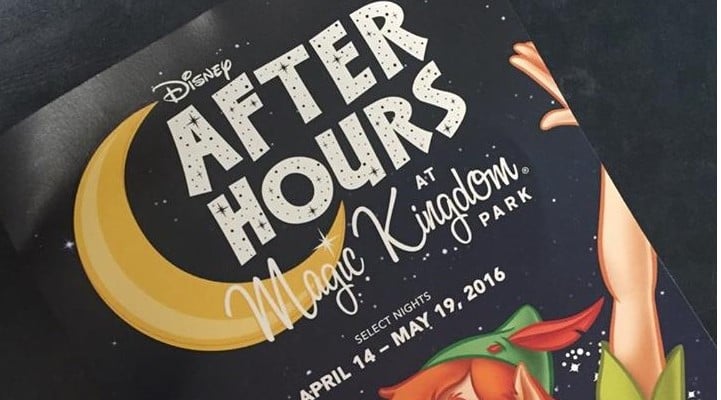 A couple of weeks ago Disney announced a new extra ticketed event that seemed to offer something very similar to “Extra Magic Hours” but for a price. Lots of opinions were shared about the event before it even got off the ground and opinions were very divisive. I was lucky enough to be invited to attend the first night of the event at the Magic Kingdom last week. The question you see most people having about this event is whether or not it’s worth it. A hard question to answer but I will give it a shot.

Let’s first take a look at what this “After Hours at Magic Kingdom” event is all about. What is After Hours at Magic Kingdom?

Join a very limited number of guests for over 25 attractions, Characters, ice cream and more. For seven magical nights between April 14 and May 19, 2016, more excitement awaits when Magic Kingdom park closes its gates for Disney After Hours—a special ticketed event that lets you make the most of the park for three additional hours after normal closing hours. This is your chance to take advantage of little-to-no waits, all while experiencing over 25 of the most popular attractions in the park. Tickets to the event are $149 per Guest (tax not included). You can get tickets HERE. What do you get for the ticket price? In the midst of the laughs and thrills, delight your sweet side with ice cream novelties and select bottled beverages. These treats are included with the cost of your ticket and can be found at carts stationed throughout the park (available during event hours only).

Limited amount of tickets are sold for each night. According to many cast members I talked to the ticket cap was at 3,000. Is it worth it?

A question many guests may ask and almost impossible to answer. If an event is worth it to you or not is a total subjective question that depends on your personal characteristics. But here are some thoughts I had on this event. Are you tempted to buy a ticket to After Hours at Magic Kingdom?