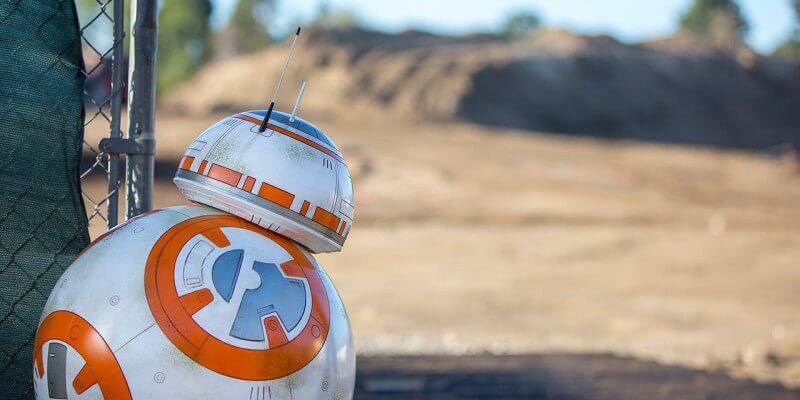 It’s been almost eight months since the major Star Wars expansion was announced for Disneyland at the D23 Expo. Since then we have been given precious few details about what we can expect when the area opens at a yet-undetermined date in the future, including some new concept art that was revealed on the Disneyland 60th Anniversary special.

Now, with the demolition of Big Thunder Ranch complete, and the official groundbreaking having commenced, the Disney Parks Blog has finally shared the very first official teaser photograph of the Star Wars construction area at Disneyland, from the viewpoint of everyone’s favorite new droid BB-8. The background is blurry, of course, but rest assured that huge mound of dirt will be taking shape over the next year or so to become a vast, permanent place for guests to escape to a galaxy far, far away.