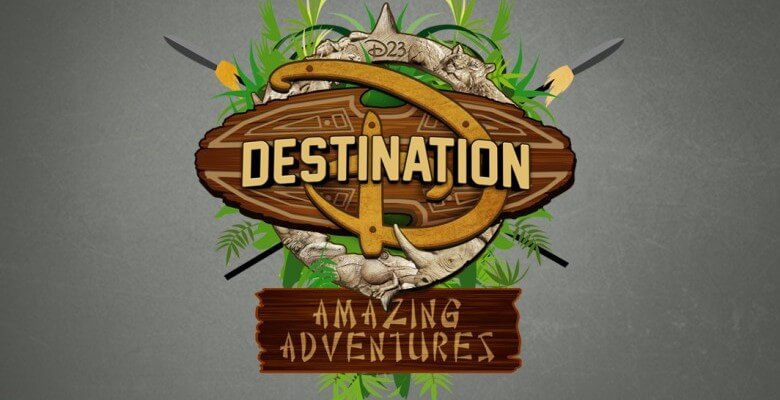 D23 Members are invited to join the excitement of D23 Destination D: Amazing Adventures, a celebration of Disney adventures of the past, present, and future.

Since Walt Disney first brought his groundbreaking True-Life Adventures to the big screen, adventure has played a pivotal role in Disney entertainment, from the Jungle Cruise and Pirates of the Caribbean to the new planet of Pandora, which will soon be unveiled at Disney’s Animal Kingdom. This year, members of D23: The Official Disney Fan Club are invited to join the excitement at D23 Destination D: Amazing Adventures, a celebration of these landmarks of the past, present, and future. The two-day event will take place November 19 and 20, 2016 at Disney’s Contemporary Resort at Walt Disney World Resort.

Mickey’s of Glendale, the famed Walt Disney Imagineering store, returns to the event with a pop-up shop at the event for attendees, featuring a selection of exclusive Imagineering merchandise as well as limited-edition pins, T-shirts, and collectibles themed to the event.

Highlights of D23 DESTINATION D: AMAZING ADVENTURES will include*:

New Walt Disney World Adventures: From Soarin’ Around the World to Rivers of Light—Get an insider’s glimpse into the latest experiences across Walt Disney World Resort as Disney Imagineers provide a behind-the-scenes look at new and upcoming entertainment.
Disney’s Animal Kingdom: Evolving a New Species of Theme Park—Explore the origins and incredible evolution of Disney’s Animal Kingdom, from early concepts to up-close looks at new enhancements to be discovered at the park.
Magic Journeys: 45 Years of Walt Disney World Adventures—Celebrate the 45th anniversary of Walt Disney World Resort with a nostalgic journey through some of the Vacation Kingdom’s most unique and fondly-remembered adventures!
A Look Back at Walt Disney’s True-Life Adventures—Join Disney historians on an expedition through the landmark True-Life Adventure series, which earned the Disney Studio eight Academy Awards®!
The Art and Adventures of Marc Davis—Discover the adventurous artwork of artist, animator, and Disney Legend Marc Davis with Walt Disney Imagineering Senior Production Designer Chris Merritt, who is authoring a new book on the Disney Legend.

The weekend event will take place in the convention center at Disney’s Contemporary Resort. Tickets go on sale April 21, 2016, and are $190 each for D23 Gold and Gold Family Members. Tickets are also available to D23 General Members for $250 per ticket. All guests will receive a special gift created exclusively for the event, and attendees are guaranteed seats at all panels and presentations. A limited number of Wilderness Explorer VIP tickets will be available featuring early shopping, an exclusive evening experience on November 18, reserved seating for all presentations, a special gift bag, exclusive collectibles, and more.