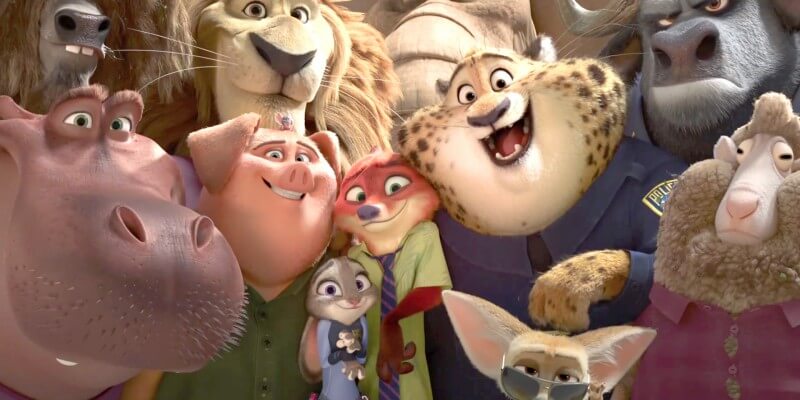 Remember when a Bunny and a Fox dominated theaters?

Variety reports some awesome box office news for Disney, as their newest animated feature Zootopia has jumped (or “hopped”) to $1.7 million at Thursday night preview showings in the U.S. That’s a lot of dough! It’s expected to take over weekend moviegoing with at least $60 million at 3,827 sites.

The movie has already topped Disney’s Big Hero 6 release, which opened at $1.4 million in previews, and grossed $56 million during its opening weekend. Zootopia centers around a world of animals that have evolved beyond their primal instincts. Mammals live in harmony without the fear of tearing each other to shreds and hunting for sustenance. Judy Hopps (voiced by Ginnifer Goodwin), an ambitious bunny, is dead-set on making a name for herself in the big city as the world’s first “Bunny Cop”. When she gets wound up with sly fox Nick Wilde (Bateman), the adventure spirals out of control into an epic mystery that spans throughout some of the major boroughs of Zootopia.

For more Zootopia, check out our exclusive interviews with stars Jason Bateman and Ginnifer Goodwin, as well as our official (raving) review of the film!

Have you seen the movie yet? Let us know what you thought in the comments below!

Comments Off on “Zootopia” rakes in $1.7 million on Thursday previews alone!