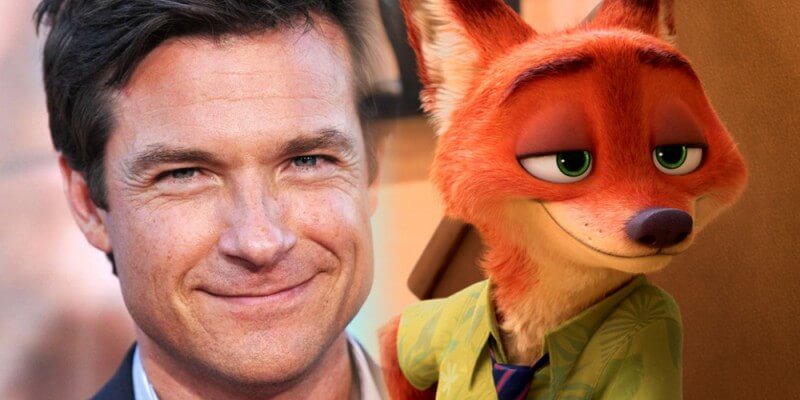 We were fortunate enough to have the opportunity to sit down with Jason Bateman, star of Walt Disney Animation Studios’ 55th feature Zootopia, to chat about his experience voicing the sly fox, Nick Wilde.

Zootopia centers around a world of animals that have evolved beyond their primal instincts. Mammals live in harmony without the fear of tearing each other to shreds and hunting for sustenance. Judy Hopps (voiced by Ginnifer Goodwin), an ambitious bunny, is dead-set on making a name for herself in the big city as the world’s first “Bunny Cop”. When she gets wound up with sly fox Nick Wilde (Bateman), the adventure spirals out of control into an epic mystery that spans throughout some of the major boroughs of Zootopia. While the end result is nothing short of seamless on-screen, it’s a hard-knock life for a voice actor.

“This is the first animation job I’ve had that I really had to kind of concentrate and learn how to do it,” said Bateman, “It’s sneaky tough.” It looks like all that hard work paid off though, considering Jason’s toughest critic, his nine-year-old daughter, gave his latest work the seal of approval.

“She gave it really high marks — and she doesn’t give it up that easily. That’s all she sees, are these films, so she’s got a real fine opinion about them. She loved it, and I really tried to drill down a bit to see if she was just trying to be nice because I was in it, but she absolutely loved it. As for my four-year-old, the two screenings I was invited to started well after her bed time. She’s not much to be with after she gets tired.”

Bateman went on to talk about his younger daughter’s potential experience with the film: “There’s a weird process that happens when you go to see an animated movie. For the first few minutes, all you can see is that actor’s face. And after a few minutes, you only see that character and can’t imagine them sounding any other way. There’s a transition there. It will be interesting to see if my four-year-old has that at all, ya know? I wonder if she’s going to hear me. I wonder she’s going to know if that’s me.”

When the same question was asked in regards to his older daughter, he lit up like a Christmas tree.

“She really dug it. She came by the studio while we were recording a couple of times, and she’s just a big big fan of animated movies. She watches a ton of them,” he continued,”So as we got closer and closer to release, especially when the trailer came out, I could start this cartoon and my voice is coming out of one of those characters, and…ya know…I was cool to her.”

But the Arrested Development star is no stranger to the magical world of Disney, with humble beginnings through Disneyland, California: “I remember going to the park coming to Disneyland when I first moved to Los Angeles in about ’76, and that was a real eye-opener for me, coming from New York, Boston and Salt Lake. None of those places had anything like this, so that was pretty neat. As far as the Disney movies go, Fantasia blew me away like everyone else.”

So, did the animators go out of their way to capture Bateman’s likeness? He sure seems to think so.

“I can see it through the half-interested eyelids,” he joked, “He’s a real smartass, ya know? He’s always got his fist on his hip, he kind of wants to get on with it. So there’s a lot of body language that’s similar to me too. I think the facial characteristics are beautifully subtle. There were two cameras inside the booth the whole time, so they can give the animators a guideline if they need it at certain times. But it’s just for certain facial ticks.” With the film almost fresh off the runway, the actor still isn’t quite used to seeing his likeness all over marketing collateral and parading around the Disney parks: “It is surreal. I mean, it hasn’t really sunk in yet because maybe I’m not being very realistic about the track record that Disney has. I always want to err on the side of humility and caution. I don’t want to take anything for granted because I’ve lived the other side of that quite a bit. But, from everything I’ve seen with the film, and everything I’m reading, it is 100% a classic. These guys did such an incredible job with the story, with the themes with the humor, with the artistry, the animation. Chances are high, that character walking around Disneyland or Disney World is not just going to be for the theatrical release cycle. For that, I’m really really proud.”

We closed off our conversation by asking what he would like to see children and adults take with them from the world of Zootopia.

“Well, Judy starts with this notion that she’s going to the big city to make it, and then she runs into this orange blob of cynicism and pessimism. She’s all kind of inside-out: whatever you feel, you can make happen. And he’s basically saying ‘No, it’s all about the outside-in. People may not be cooperative if they have a bias or a preconceived notion about you.’ So she kind of rips that down for him, which is kind of nice. I think kids could really do well by not being burdened by biases based on skin color, or religion, or any other preconceived notion. That’s a real central lane in this film. That’s a good one to take away.”

Zootopia opens everywhere March 4. For all things wild, stay glued to Inside The Magic.