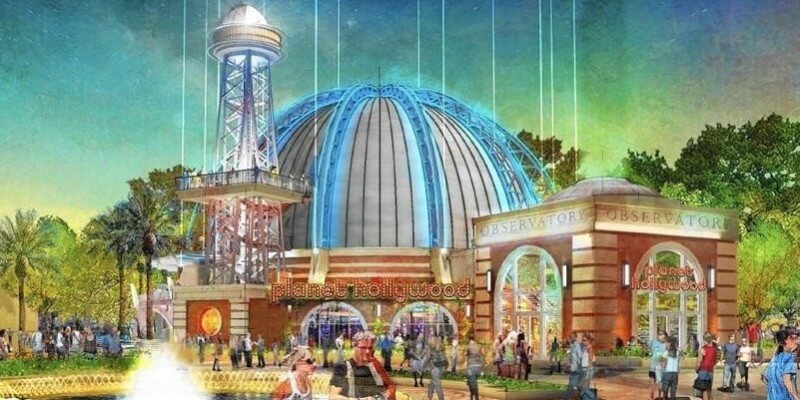 The Stargazers bar and patio area will be located at the rear of the building and have an amazing view of Disney Springs. This will surely be a popular space for people waiting for their dining reservations.

The inside does feel a bit similar to the previous interior with video walls and celebrity memorabilia. But the celebrities will not be the only stars inside the restaurant as the ceiling will be transformed into a star-studded sky. And for some reason Bella and Edward from Twilight make an appearance on one of the screens. Interesting choice Planet Hollywood! Comments Off on PHOTOS: New concept art gives us a closer look at the new Planet Hollywood Observatory coming to Disney Springs