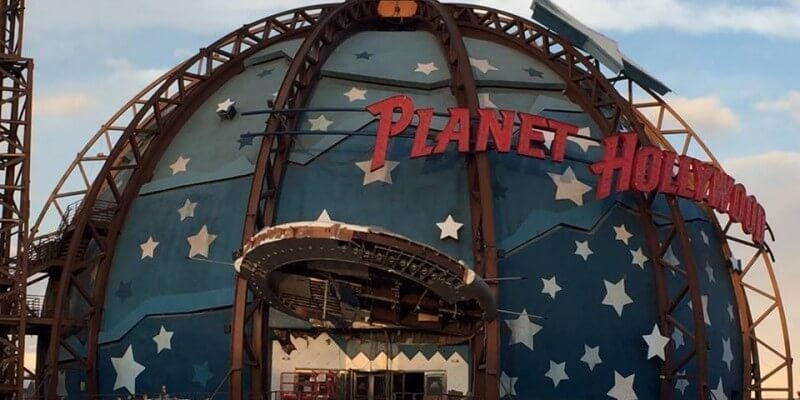 Last year it was announced that Planet Hollywood at Disney Springs was going to go through a re-imagination into the Planet Hollywood Observatory. The construction has now begun on the outside facade to make this makeover happen. The big alien spaceship at the entrance is the first to go. Planet Hollywood Observatory will be themed after a old school observatory with stars as its main theme and will have a look and feel that more closely matches the rest of Disney Springs. As part of the makeover, the venue will add a new outdoor terrace and bar space called Stargazers and feature live entertainment. A new refreshed menu will also be coming to the restaurant. You can read more about the makeover HERE