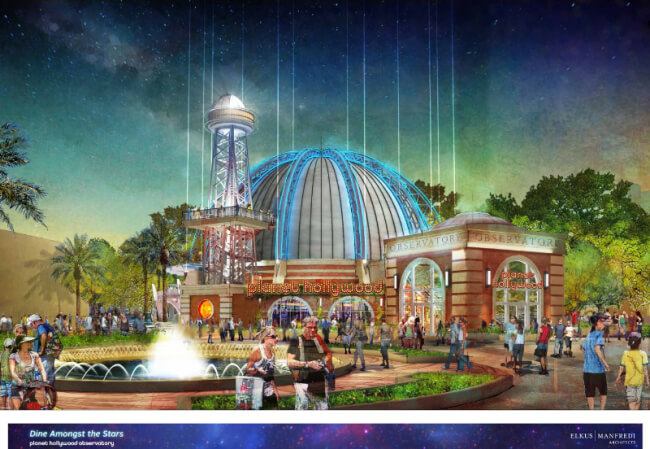 Set to debut in spring 2016, the reimagined Planet Hollywood Observatory will feature a newly-expanded outdoor terrace and bar, a refreshed menu, new merchandise, and celebrity partnerships. The new outdoor terrace and outdoor bar will be called Stargazers, featuring live entertainment with music inside via DJ performances.

Renovations will begin early next year, transforming the exterior into a turn-of-the-century design aesthetic while updating the interior with spherical planet-shaped lighting fixtures. A rendering was released today depicting what the outside of the restaurant will look like when complete.