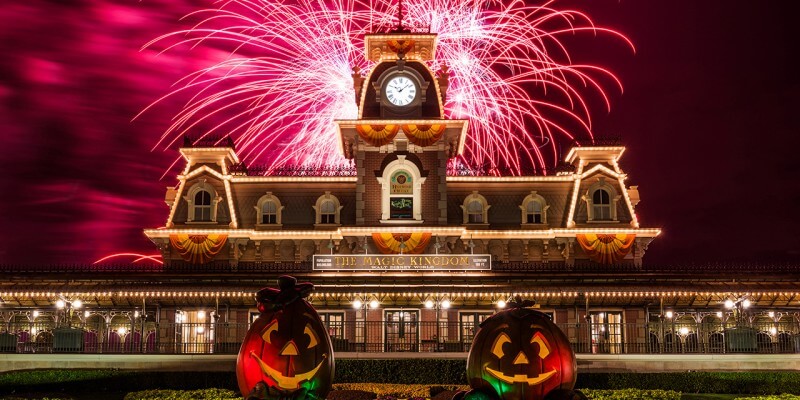 Fall is approaching (sort of-ish?) and the 2016 edition of Mickey’s Not-So-Scary Halloween Party is already getting ready for the happiest, ghoulish time on Earth! Disney Parks Blog just dropped that the event will be longer than ever this year. Guests ready to party hardy at the Magic Kingdom have 29 nights this year to get their fill — this is mainly due to the fact that this is easily one of the most popular special events at Walt Disney World.

Guests trick-or-treat throughout the park, discovering all the boo-tiful ways that the spirits of the season have transformed the park into a happy haunted hallows…that includes seeing many favorite Disney Characters dressed in their very own Halloween costumes. Sounds like a blast! But when will the event take place, you may ask? I’ve got you covered:

As reported months ago, Disney has revised their costuming guidelines for special events in the theme parks. While costumes may be worn, guests ages 14 and older are going to be strongly discouraged from wearing layered costumes or costume props that go around the entire body. This will almost always result in an additional security screening. On top of that, costumes may not contain any weapons that could potentially resemble an actual weapon. It’s a family theme park, and with everything going on in today’s world, it’s not really the worst thing the company could do at the most costumed time of the year. We’ll deal, and everybody will have an awesome time no matter what!

Disney promises further updates on ticket pricing and on-sale dates in the near future, so we’ll be sure to pass along any news.

Are you planning on traversing Mickey’s Not-So-Scary Halloween Party this year? Let me know your favorite attractions at the event in the comments below!