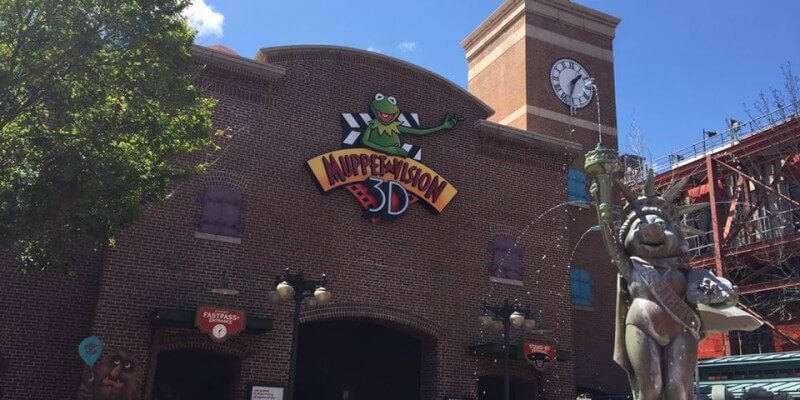 With Streets of America closing for good on April 2nd at Disney’s Hollywood Studios, the park layout will look quite different. Streets of America currently includes Lights, Motors, Action! Extreme Stunt Show, Honey I Shrunk The Kids Playground, Studio Catering Co., High Octane Refreshments, Watto’s Grotto, The Writers Stop, MuppetVision 3D and Mama Melrose’s Ristorante Italiano. All except Mama Melrose’s and MuppetVision 3D are closing on April 2nd and so the remaining attraction and restaurant will now instead be officially included in a new area called Muppet’s Courtyard. Also included in this new area is the Pizza Planet restaurant, which is now undergoing refurbishment and has been rumored to be getting a Muppet theme when it reopens. Hollywood Studios park maps will change after the closing of Streets of America to include the new area.