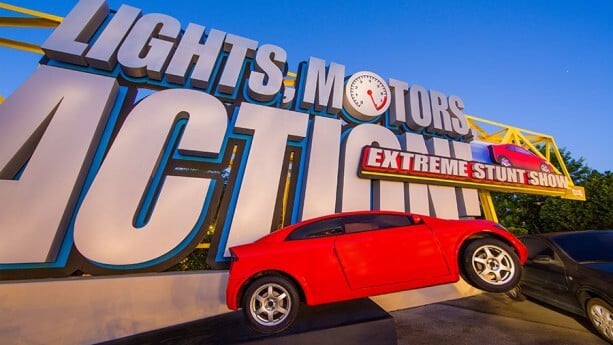 With construction on the new Star Wars and Toy Story areas at Disney’s Hollywood Studios set to take place soon, Walt Disney World has announced that the Lights, Motors, Action! Extreme Stunt Show will be closing on April 2, 2016.

Nearby locations at the Streets of America will also be taken down to accommodate the largest expansion ever at the park.

The Disney Parks Blog made the announcement Friday morning along with a few tidbits about what’s coming to the parks that you may or may not have heard about.

Recently, we shared that the park’s Star Wars-themed land will transport guests to a never-before-seen planet with new experiences that’ll include a customized secret mission on the Millennium Falcon and an epic Star Wars adventure that puts everyone in the middle of a climactic battle.

And in Toy Story Land, Andy’s backyard will come to life and the famous little green aliens from the movie will take you for a spin in their very own flying saucers. A family-friendly roller coaster will also have you riding on the back of Slinky Dog.

The Lights, Motors, Action! Extreme Stunt Show opened in 2005 and was based on an original show from Disneyland Paris. The attraction will continue its normal run of daily shows until closing.