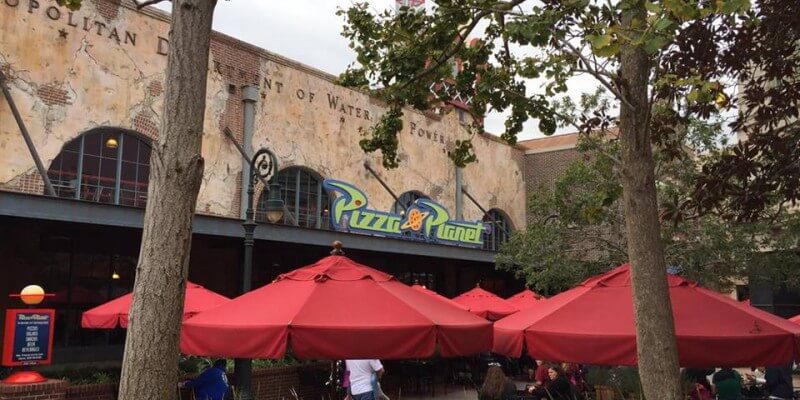 The quick service dining location, Pizza Planet, at Disney’s Hollywood Studios will be closing its doors on January 19th for a long refurbishment. The dining location (found next to Muppet*Vision 3D) will be expanded with additional seating and registers and open again in late 2016, most likely in November.