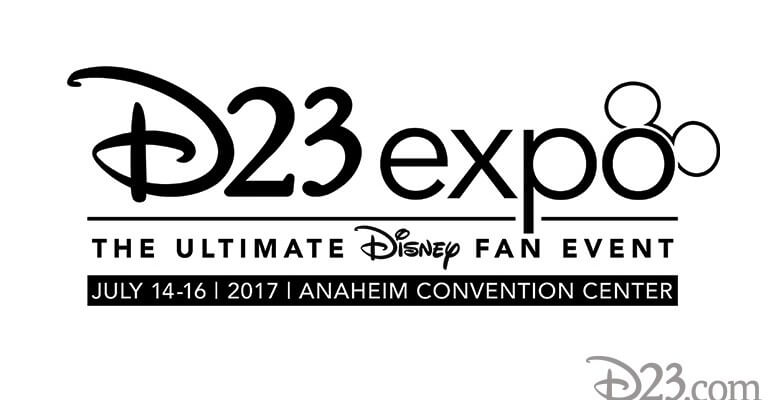 The D23 Expo has been the biggest biennial event in Disney fandom since 2009, and Inside the Magic has been there to cover the event for everyone to enjoy.

The Expo is chock-full of every type of display, nostalgia, and merchandise a Disney fan could ask for, plus live presentations that showcase upcoming live-action and animated movies from the company, as well as what we can expect from the Disney Parks in the years to come. It’s where the huge news about the major Star Wars expansions at Disneyland and Walt Disney World was announced last year.

Disney announced Monday that the D23 Expo 2017 will be held on the weekend of July 14th-17th, 2017 at the Anaheim Convention Center across the street from the Disneyland Resort.

Highlights planned for D23 Expo include the Disney Legends Ceremony, which honors the talented men and women who have made significant contributions to the Disney legacy; an all-new exhibit curated by the Walt Disney Archives; D23 Expo’s costume contest, Mousequerade, showcasing the most creative designs by fans; the D23 Expo Emporium, where Disney fans can buy, sell, and trade Disney collectibles, memorabilia, merchandise, and more; and the D23 Expo Design Challenge. (Details on the Design Challenge and Mousequerade will be forthcoming.)

The 2017 Expo will feature a massive show floor full of immersive experiences and special opportunities to see what’s next for Disney around the world—and guests may run into their favorite Disney stars, characters, Imagineers, animators, and filmmakers. StagePass, the popular ticket distribution system that allows attendees to obtain guaranteed seats for some of Expo’s most popular presentations, and StorePass, which allows priority entry to select shopping venues at the event, will once again enhance the guest experience. Hall D23, the popular presentation and performance venue featuring more than 7,000 seats, will return, as will Stage 23, Stage 28, and Center Stage.

Advance tickets will go on sale starting Jul 14, 2016 at D23Expo.com but ticket pricing has not been announced yet. D23 members will get special pricing for one or three day tickets, with Gold and Charter members also entitled to more exclusive benefits at the 2017 Expo. Gold members can also select the Sorcerer Package which comes with special benefits and amenities.