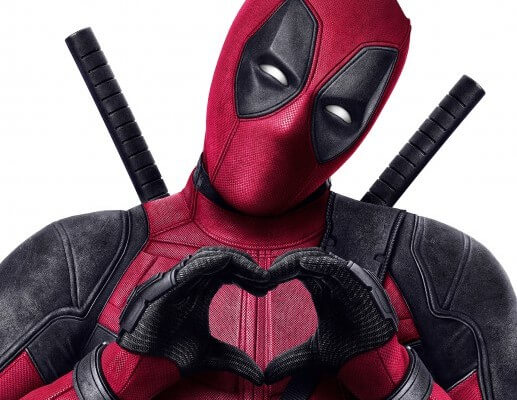 With 20th Century Fox’s “Deadpool” crushing box office records this past weekend, many have begun to describe the film as a game-changer for the “superhero genre.” One of the companies most likely to benefit from the success of “Deadpool,” other than Fox obviously, is Marvel. In many ways, the tone of “Deadpool” was helped by “Guardians of the Galaxy’s” release in 2013, proving that pop culture driven humor could help elevate C and D level heroes to the A-list.

Without a doubt, there are lessons to learn from Deadpool’s success, and something to be said about the fact that it even got made. With that in mind, it will be interesting to see how the MCU will adapt some of those changes, and which things they’ll stay away from. Risks can be taken on hard to develop characters

This is one of those circumstances that Marvel has already been building towards. “Guardians” proved that Kevin Feige and co. could turn almost any property into something special. However, just as Guardians was driven by the vision of James Gunn and Nicole Perlman, “Deadpool” was driven by the combined efforts of Tim Miller, Ryan Reynolds, Rhett Reese, and Paul Wernick. Without talented individuals willing to step up to bat for both of these properties, they likely would never have been made. With that said, Marvel should still be willing to take chances on some of its lesser known heroes, preferably with the benefit of strong talent behind them. One character that jumps to mind is “Squirrel Girl,” a character that has become a fan favorite in a similar fashion to Deadpool. However, while the character has ties players in the MCU, including Jessica Jones and Luke Cage, I think her ability to talk to squirrels might be a little too absurd for the big screen. Then again, Marvel successfully made a talking raccoon and a character who communicates with ants into franchises. Who knows?

A more viable option that should likely be explored is that of She-Hulk. Cousin to Bruce Banner, Jennifer Walters has become a solid piece of the comic book Marvel universe. Not only has she worked on behalf of superheroes as their lawyers, especially after the events of “Civil War,” but she’s been an Avenger and Defender on several occasions. She is also one of the main characters of the “A-force” series, a group that is comprised entirely of female superheroes including an ever changing roster of Carol Danvers, Medusa, and Spider-woman, among others. It’s a worthy idea for Marvel to explore in a future phase of films.

One of the reasons that “Deadpool” works as well as it does, is that it does not attempt to blow up its story into a bigger deal than it is. At its heart, Deadpool fights against Ajax to save his girlfriend, and this personal journey gives the audience a tangible experience to understand. Fox could have easily turned this into a story where Deadpool’s actions would have affected the world in some ridiculous way (e.g. Ajax is using mutants to take over the world), but they kept the story tightly knit around his personal journey. That made the “Team Deadpool” versus Ajax, Angel Dust, and 20 or so mercenaries an authentic feel for the story being told. In the same vein, Marvel has had a bit of an issue trying to tell stories where every character’s actions is required to save the planet. The closest movie to do this at this point was “Ant-Man,” but even “Ant-Man” suffered because they tried to tie it to Hydra without any real reason. When every movie attempts to save the world, the idea of saving the world becomes less enjoyable. The MCU would greatly benefit from personal stories, without trying to place the planet’s fate on the line every time a bad guy arises. That said, the trends make it almost impossible for any of the existing properties to turn back from those stories, namely because it will feel like a huge step back at this point.

Some characters who could benefit from this storytelling are “Spider-Man” and the “Black Panther” films. In both cases, the characters have extremely personal journeys that could develop parts of the MCU in important ways. “Spider-Man” in particular has been bogged down by attempting to be the savior of New York on several occasions. Maybe taking a step back and letting him battle street level villains, such as the already established Kingpin, Black Cat, or Kraven the Hunter, could allow the character to return to form. With Ryan Coogler heading “Black Panther,” we know that the film has a high level of talent behind the camera to tell complex, personal, and emotional stories. There might not be any characters in the MCU that are driven to protect their home more than the Panther, and this should flesh itself out his solo film. At the heart of any “Black Panther” film should be Wakanda, his homeland and nation that he protects from outside interference. With the valuable resource Vibranium coming from his homeland, there are no shortage of villains that can create problems for the nation, with Ulysses Klaw the most likely culprit.

R-rated movies are not going to happen

Anyone who believes that the success of “Deadpool” is due to it being an R-rated raunch comedy is sorely mistaken. Yes, it does make it stand out from other Marvel films, but other films like “Kingsman: The Secret Service” and “Kick-Ass” have not been anywhere near as successful as “Deadpool.” Even interest in “The Wolverine,” which has a rated R cut, is not as high as “Deadpool.” It would be a mistake to think that simply making a movie R-rated would instantly appeal to broad audiences. “Guardians” has many moments where it steps up to the line for an R-rating, but it maintained its high level of humor despite a PG-13 rating. Clearly Marvel thinks that it can toe the line between the two and still maintain a PG-13 rating, so they’re unlikely to go completely into R-rated territory.

Furthermore, “Deadpool” appears to be an outlier for movies that are rated R anyway. Right now, “Deadpool” is sitting at #6 on the all-time rated R box office rankings according to Box Office Mojo, despite only being in theaters for about week.  It was the first R-rated film to ever cross $100 million in its first weekend, and it followed up that success with another $55 million. It’s even possible it maintains its hold on #1 at the box office with only “Gods of Egypt” and “Triple 9” standing in its way. Neither figures to be a big box office player, so “Deadpool” should continue its run on top of the box office. At the end of the day, what Fox has been able to accomplish with “Deadpool” is pretty extraordinary. By creating a film that was not only loyal to the source material, but also an enjoyable ride that could bring new fans into the fold, “Deadpool” has clearly made its mark on the superhero genre. How the MCU responds to its success will be interesting, but I find it difficult to imagine that they will stray from their current path too much in order to produce content that appeals to similar audiences. However, it does open up new possibilities for Marvel’s smaller properties, and telling more personal stories to heroes could be a great way to connect with audiences. We don’t need Ultron in every film, and frankly most characters would benefit from exploring more personal experiences moving forward.

“Deadpool” is currently in theaters.