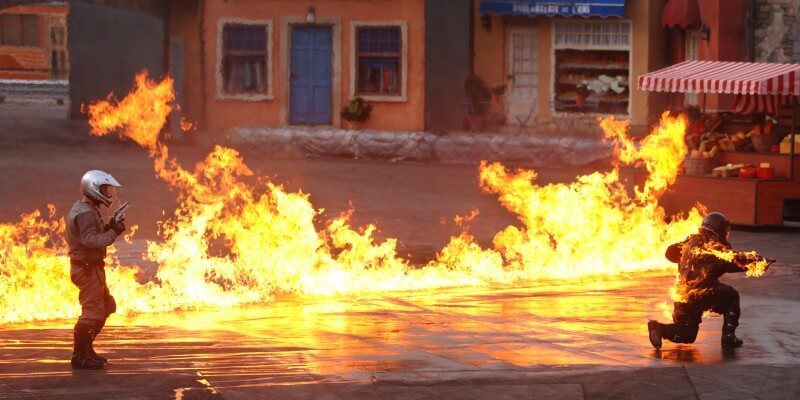 The excitement of the new Star Wars and Toy Story areas at Disney’s Hollywood Studios is definitely creating a buzz, but with that buzz, comes many closing attractions due to construction.

Walt Disney World announced on the Disney Parks Blog that the Lights, Motors, Action! Extreme Stunt Show is set to close this spring. This show, as well as many other attractions around the Streets of America area including the Monsters Inc. meet-and-greet, will be closing on April 2, 2016.

The popular Earffel Tower will also be removed for construction. This tower has been in Disney’s Hollywood Studios since the grand opening in 1989. It has not been announced if they will be moving it to another area of the park.

This will be the largest expansion in park history. Opening back in 2005, Lights, Motors, Action! Extreme Stunt Show was based off a show that originated in Disneyland Paris. Youseguys Moychindice is probably the sign read the most. Park guests seem to always want to read it in their best “New York” accent. This popular play area opened back in 1990! The new Toy Story area will replicate the feeling of being “shrunk” as it is set in Andy’s backyard. Watto’s Grotto features Star Wars gear and merchandise. Once it closes, be sure to check out the new Launch Bay area for all Star Wars needs — until the new Star Wars area opens of course! A popular quick service option, Studio Catering Co., will also be closing to prepare for the new park additions.

What are you most sad to see go?