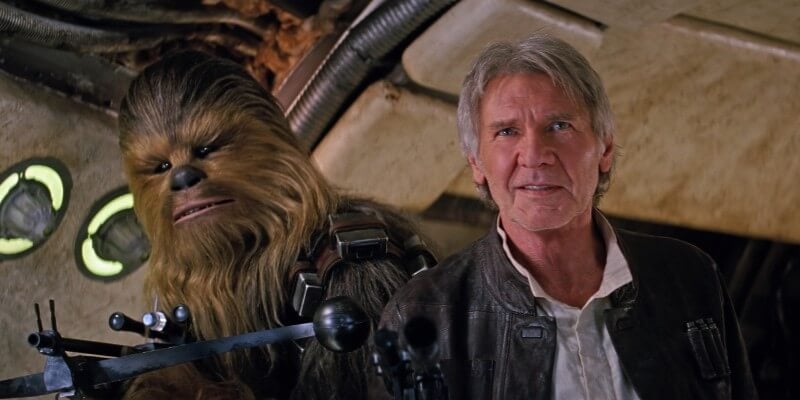 This morning, the Academy Motion Picture Arts and Sciences announced the Oscar nominations for this year. “The Revenant,” “Mad Max: Fury Road,” and “The Martian” are the big winners, with 12, 9, and 8 nominations respectively. Disney should be happy as well though, with “Star Wars: The Force Awakens” scoring 5 nominations,  and “Bridge of Spies” receiving nominations in 6 categories including Best Picture. “Inside Out” also found room in the Best Animated Feature, as well as Best Original Screenplay races. “Sanjay’s Super Team” got nominated in the Best Animated Short category. “Cinderella” found its way into the Best Costume race as well.

In what is likely a bittersweet day at Disney, films distributed by or produced by Disney had a pretty strong showing at the Academy Award nominations. That said, the big misses for Disney were no Best Picture nominations for “Inside Out” or “Star Wars: The Force Awakens.” The lack of other below the line Oscar nominations for “Inside Out” including sound and score, really should have been the clue that “Inside Out” was not going to make the cut. Under the new system, where only first place votes count, it is obvious that animated features are working from a disadvantage. Another surprising miss was “The Good Dinosaur” but we did address the issues that could prevent its nomination a few weeks ago. The last race that was frustrating for Disney was the Visual Effects race. They scored with “The Force Awakens,” but missed with “Avengers: Age of Ultron,” “Ant-Man,” and “Tomorrowland.” I doubt they expected to only go 1 for 4 when they had made the 10 film bake-off. Even worse, Industrial Light and Magic did the visual effects for nominee “The Revenant,” so they directly knocked out Disney’s nominees. I think they’ll take the credit, and frankly Disney should take the award at the end of the day.

Still “Star Wars” not only scored the Visual Effects nomination, but also found space in Film Editing, Score, Sound Mixing and Sound Editing. “Bridge of Spies” also got the “Best Picture” nomination, as well as Supporting Actor for Mark Rylance, Score, Sound Mixing, Production Design and Original Screenplay. These films gained a combined 11 nominations, but only overlap in Score and Mixing, which is good for Disney’s chances to bring home many gold statues. Universal has got to be scratching its head as well. After a record breaking year at the box office, they are left without nominations for “Furious 7” (which should have received a nomination in song), no nominations for “Crimson Peak,” no “Jurassic World,” and only a screenplay nomination for “Straight Outta Compton.” Only one of the “Fifty Shades of Grey” songs made the cut, but that was really was realistically the film’s ceiling unless “Love Me Like You Do” had snuck through as well.  “Steve Jobs” scored in the acting categories, but Aaron Sorkin was left out of the screenplay race. They had a great year with the public, but I doubt this was what they expected this morning. Overall, the nominations were well distributed with some weird films missing the cut in what should have been easy conversations. Still, it was a good morning for Disney. In the next day or so, we’ll review our predictions and begin to break down the future races. In the meantime we’ve included all the nominees below. Which ones are most exciting for you? Let us hear your thoughts in the comments!

Below are the nominees.